For the third time in six months, a highly concentrated area along the Lake View – Lincoln Park border has recorded a hammer attack. 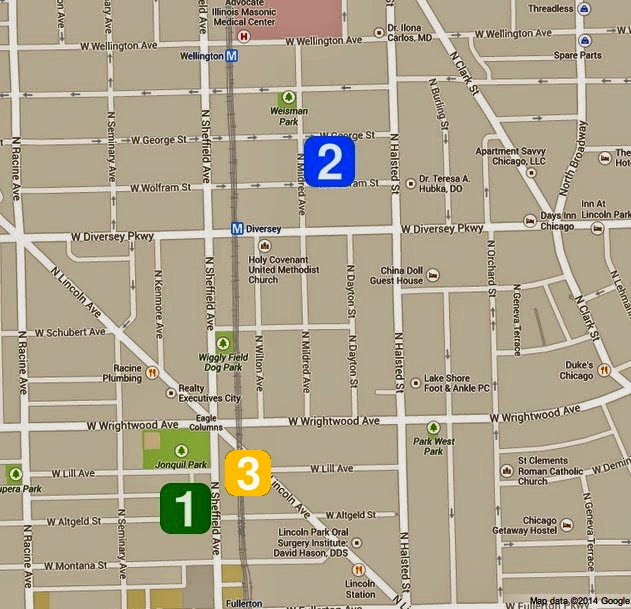 Police were called to the 2500 block of Lincoln at 10:25 last night after a man got clobbered in the head. The victim—said to be alert and talking, but bleeding—was taken to Illinois Masonic Medical Center for treatment.

The offender, who is known to the victim, is described as male, black, about 60-years-old, 6’2″ tall, 165 pounds, with a shaved head, and a tattoo of dice on his right shoulder.

Other hammer attacks reported in that area:

1) A DePaul University student was hit in the head with a hammer on the evening of October 16 by an offender who was believed to be in his 20’s. That went down about two blocks from last night’s incident.

2) Another woman was whacked in the head with a hammer by a complete stranger near Halsted and Diversey two days after Christmas.

DISPATCHER: At Starbucks. Man in the coffee shop yelling, refusing to leave. Male white, 30, 5’6”. Dead animal on his head. WHAT?!? Glasses, scruffy facial hair. Oh, God….What he got a damned baboon? What? Davey Crockett?