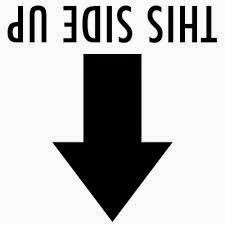 Chicago magazine and the the City of Chicago Inspector General have each released reports today that raise questions about Chicago Police Department statistics.

• The Inspector General’s office reviewed one category of crime (assault) for one year (2012) and found that the Chicago Police Department underreported “victim offenses” by 24%. Guess what? The police department does not disagree with the IG’s findings.

The underreporting stems from a department practice that has been mentioned on CWB from time to time: When a crime has more than one victim, the department reports it as one crime. Not surprisingly, that practice does not meet state or federal reporting guidelines according to the IG report.

The full report is online and a story is up at the Sun-Times.

• This morning, Chicago magazine posted a detailed report by  David Bernstein and Noah Isackson that beams a big, fat spotlight on the shenanigans that go on behind the scenes as the department classifies major crimes. This month’s installment focuses on homicide.

Next month’s follow up will dig into the department’s reporting of non-homicide violent crimes (Goodbye robbery, hello “theft.”) and property crimes (Goodbye burglary, hello “criminal damage.”)  Part II will be another must-read.