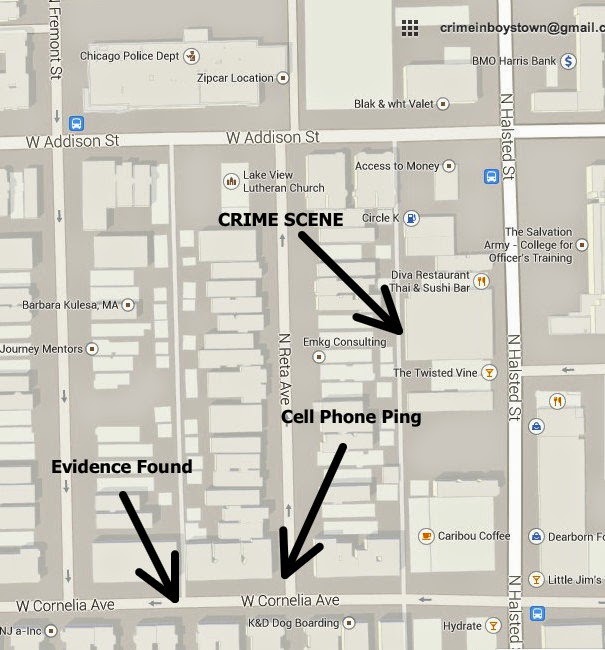 Latest info regarding yesterday afternoon’s rape and robbery in Boystown:

Images and possibly video of the suspect were being prepared for release, according to ABC7. CWB can confirm that police have been in possession of good quality video since yesterday evening – good enough to determine that the offender’s winter hat sports a White Sox logo and other details.

Fifteen minutes after the attack, the victim’s stolen iPhone pinged at Cornelia and Reta, one block from the Caribou Coffee where she was meeting with police.

An hour later, the phone was in Back-of-the-Yards on the city’s South Side.

Additional evidence is believed to have been found near a courtyard building in the 800 block of Cornelia.

The earlier clothing description released by police has been “modified.”