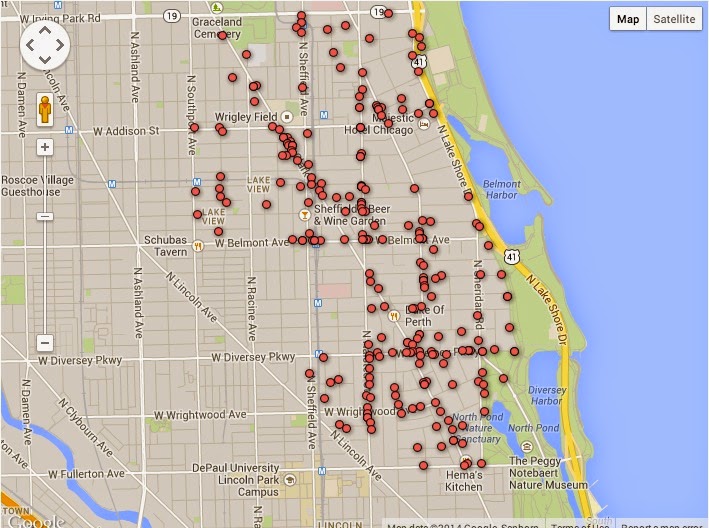 The crew at Chicago Spectrum has updated their series of maps that plot reported crimes in Wrigleyville and Boystown.

A couple of observations:

• The robberies map shows these crimes have been occurring around Clark/Addison and the Addison Red Line station in 2014.

• The burglary map illustrates the recent break-in spree along Broadway.