It was in the air last night. That vibe that has set in for 6 months of the year around here lately.

Hookers hanging out at Clark and Belmont side-by-side with babies in strollers. At midnight, of course. There’s no sense having the young ones out before midnight, right?

Piles of people unloading from hoopty vans and brand new Escalades like clowns from circus cars. Just coming here to make sure our sidewalks are functioning, it seems.

SUVs with the doors propped open, people gathering around drinking “juice” out of plastic cups.

Five people were taken into custody at the Belmont Red Line station after CTA employees called in a “mob of males” beating on a lone victim. When the first unit arrived minutes later — Because, who could’ve predicted that cops might be needed at Belmont and Sheffield? — they immediately called for the cavalry.

In the end, two women and three men, some highly combative, were hauled away. 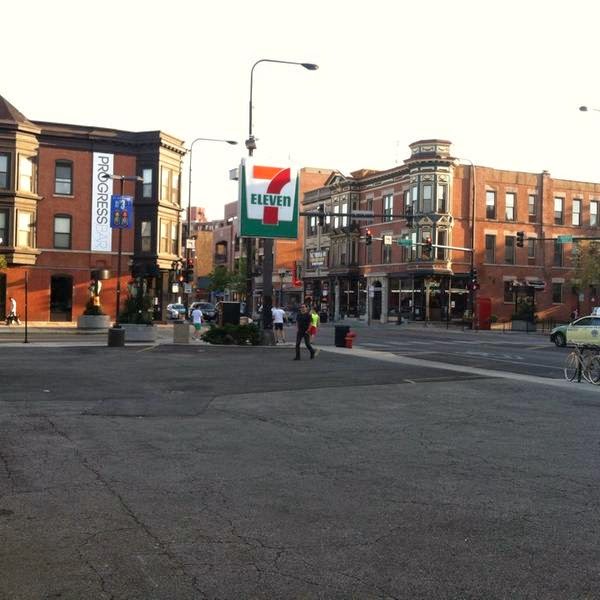 Smaller skirmishes broke out on Halsted and along Belmont throughout the overnight hours.

1:13AM – Five calls of a large group fighting in the 7-Eleven parking lot, Roscoe and Halsted.

2:09AM – A man beating a woman at Sheffield and School

2:28AM – Lots of people “still milling around” Belmont and Clark, per an officer.

3:01AM – Large groups harassing customers at the Halsted/Roscoe 7-Eleven and kitty-corner outside Roscoe’s Tavern.

3:03AM – Police are flagged down “right in front of Alderman Tunney’s office” on Sheffield north of Belmont for a “fiasco.”

3:26AM – Battery at Sheffield and Belmont. Ambulance goes to Illinois Masonic Medical Center with a victim who suffered bite wounds (from a human).

To think, it was only Thursday. Same shit, different year.