They say you can’t fix stupid. If so, there’s a lot of broken stupid walking around here: 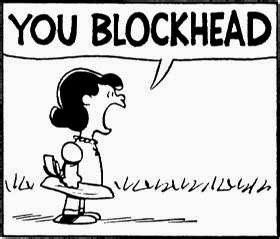 5:52AM Thursday
Police are asked to check on a man slumped over the wheel of a purple car at Sheffield and Roscoe. The car has one additional occupant and a window is broken out. Officers arrive, run a computer check on the plate and an occupant, then leave the scene.

Two hours later, a woman calls 911 because her purple car has has had its window broken out and contents stolen at Sheffield and Roscoe. The offender left his driver’s license and “other stuff” behind. 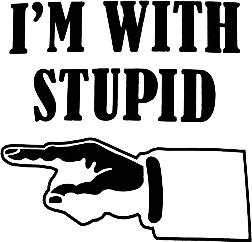 12:49PM Wednesday
In Uptown, a woman walks up to officers and says she was just robbed at gunpoint near Broadway and Wilson by a man who escaped in a white Chrysler 300. She gives officers the vehicle’s license plate, which comes back to a white Chrysler 4-door. The offender got away with $60, the woman says.

About 20 minutes later, the woman who claimed that she got robbed at gunpoint is arrested for “stealing a bunch of stuff” from a nearby Family Dollar store.

1:26PM Wednesday
A woman calls 911 from the Belmont CTA station. She claims that she was “shot in the head twice by snipers 15 minutes ago” and when she tried to leave the area on a train, Ventra charged her $6 for a $2.25 ride.