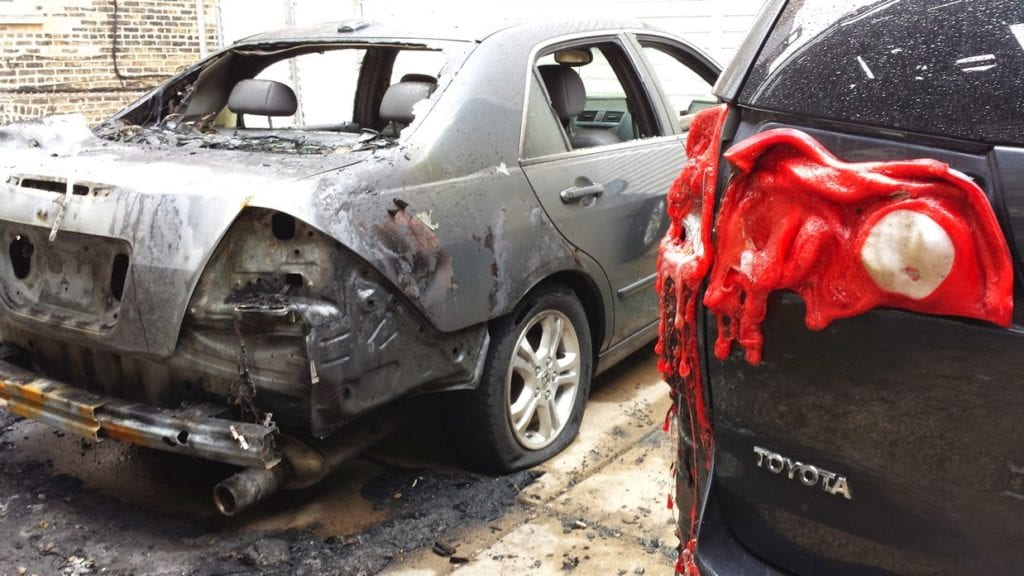 The first sign of trouble came at 2:17 this morning when officers assigned to the Clark Street “entertainment detail” found a mattress on fire behind the Red Ivy bar, 3525 N Clark. It was quickly extinguished. 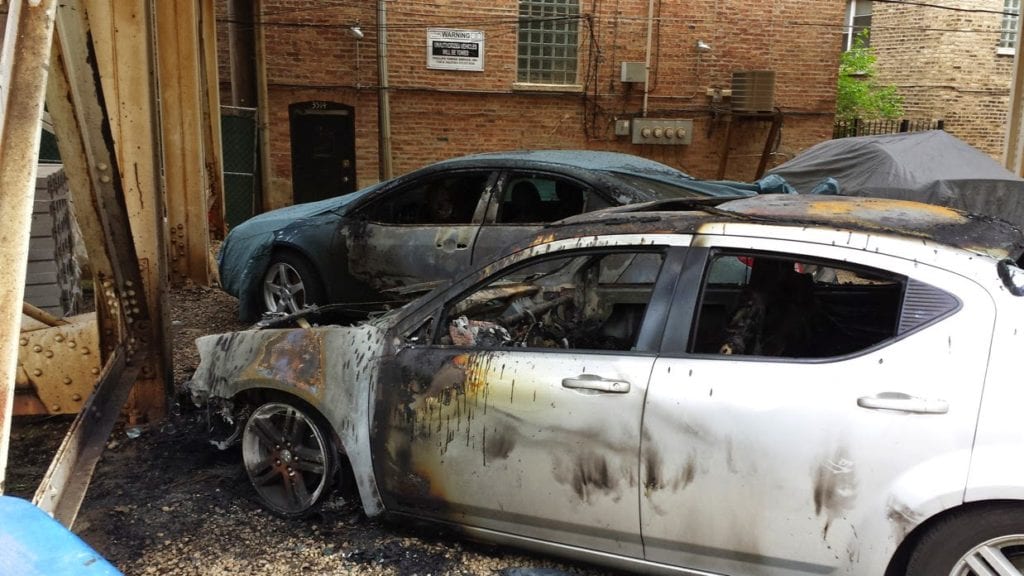 Two hours later, the real problems started: A rubbish fire in the alley behind the 3400 blocks of Clark and Sheffield; multiple cars on fire behind 3514 N. Wilton—with flames reaching as high as the overhead L tracks; another car on fire against a residence further north in the 3500 block of Wilton; and a 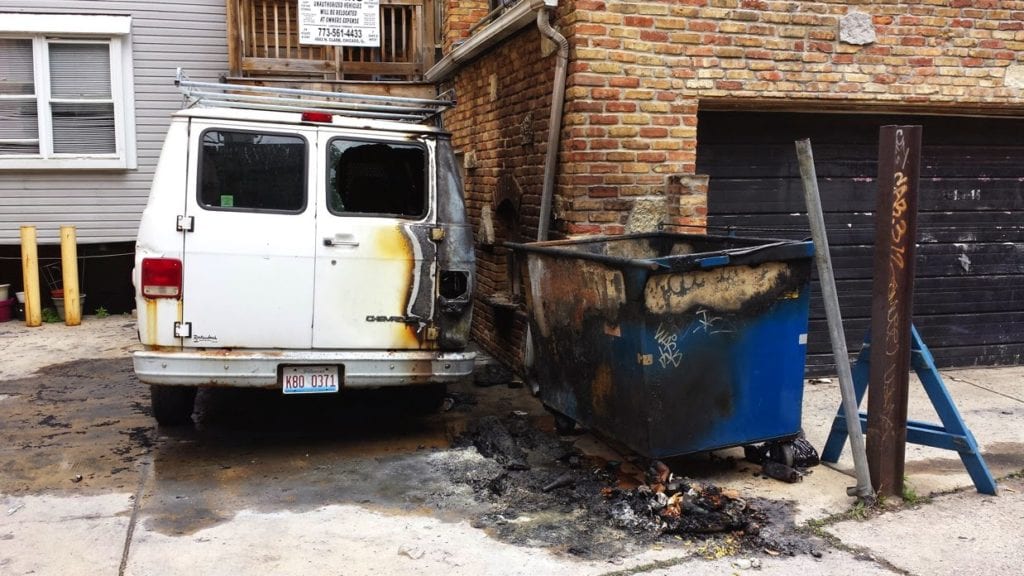 porch smoldering a couple of homes north of that.

Bomb and Arson investigators arrived to begin their investigation around 7:30AM.

———-
Email us.  Facebook. Twitter.
About CWBChicago 4360 Articles
CWBChicago was created in 2013 by five residents of Wrigleyville and Boystown who had grown disheartened with inaccurate information that was being provided at local Community Policing (CAPS) meetings. Our coverage area has expanded since then to cover Lincoln Park, River North, The Loop, Uptown, and other North Side Areas. But our mission remains unchanged: To provide original public safety reporting with better context and greater detail than mainstream media outlets.
Website Facebook Twitter YouTube