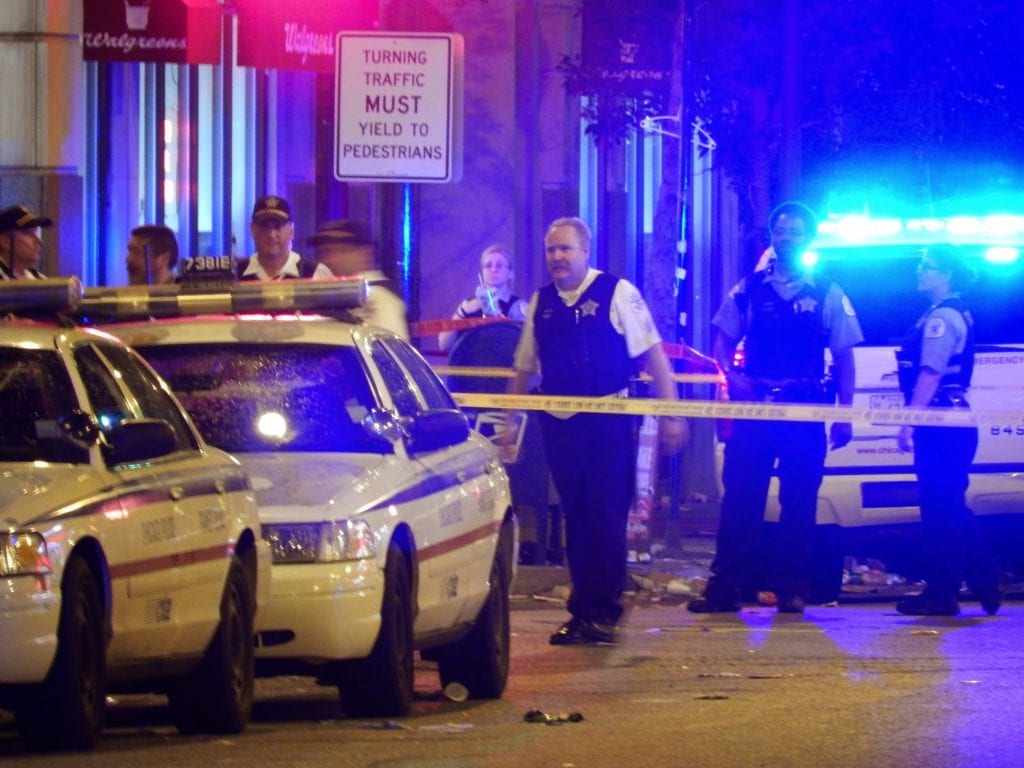 For many concerned neighbors, it has been the “what if” and “one of these days” scenario that we hoped would never come, but in our gut knew it would.

The fact that it came in the disaster that has recently followed Chicago’s Pride Parade should surprise no one.

A 21-year-old gang member was shot while standing outside of Chiro One, 3132 Sheffield, at 1:52 this morning. 19th district officers were within yards of the incident, handling a street fight. But when the shots rang out, they immediately changed gears and ran toward the gunfire. 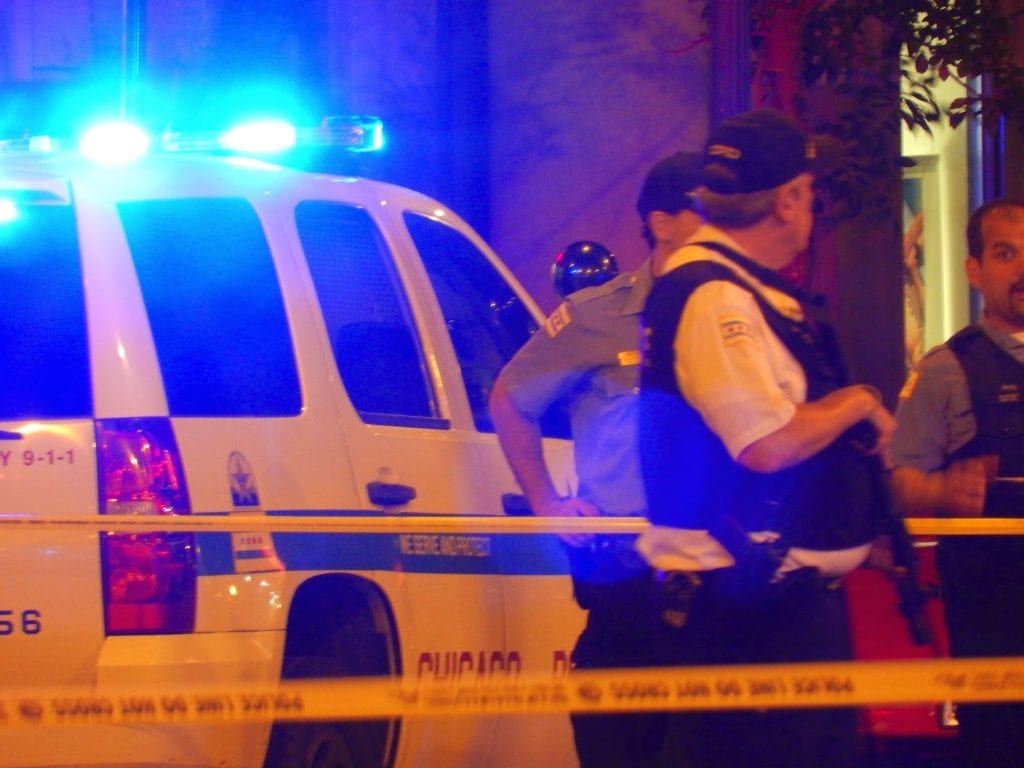 The offender was described as a Hispanic man in dark clothing. He may have run southbound on Sheffield after the incident. Varying getaway vehicle descriptions were also given. Officers scoured the area for the shooter without success.

Fortunately, this did not become the worst case scenario. Five shots were fired and the victim was hit in his left arm. He is being treated at Illinois Masonic Medical Center. CPD case HX324654.

In the two hours leading up to the shooting, officers responded to at least two reports of men with guns on streets packed with post-Pride meanderers—one report was at Halsted and Newport and the other was near the Belmont CTA station. Neither alleged offender was found. 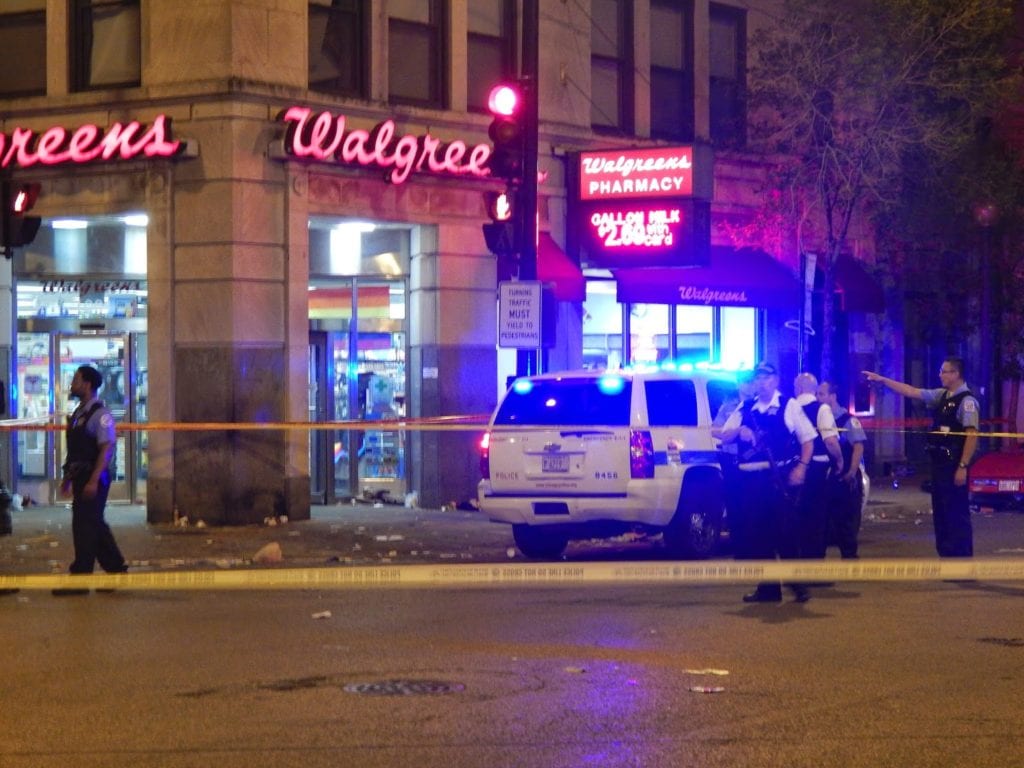 Unbelievably, or maybe entirely believably, a victim was strong arm robbed just steps away at 916 Belmont while officers guarded the shooting crime scene.

Let’s be clear about one thing right up front: The officers and leaders of the 19th district put forth exceptional, tireless efforts to try to make an impossible post-Pride situation succeed. 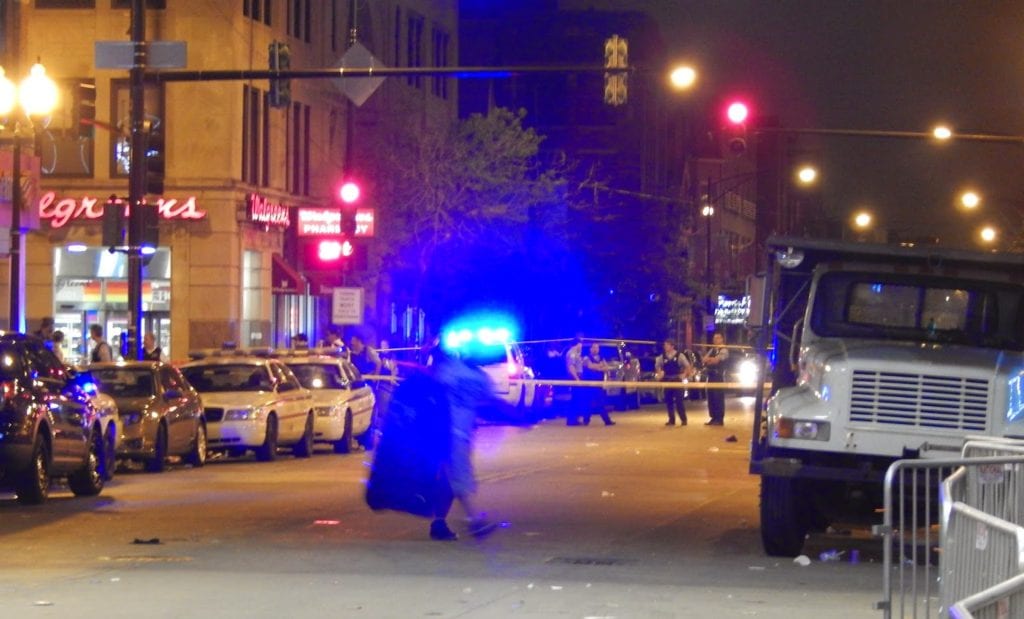 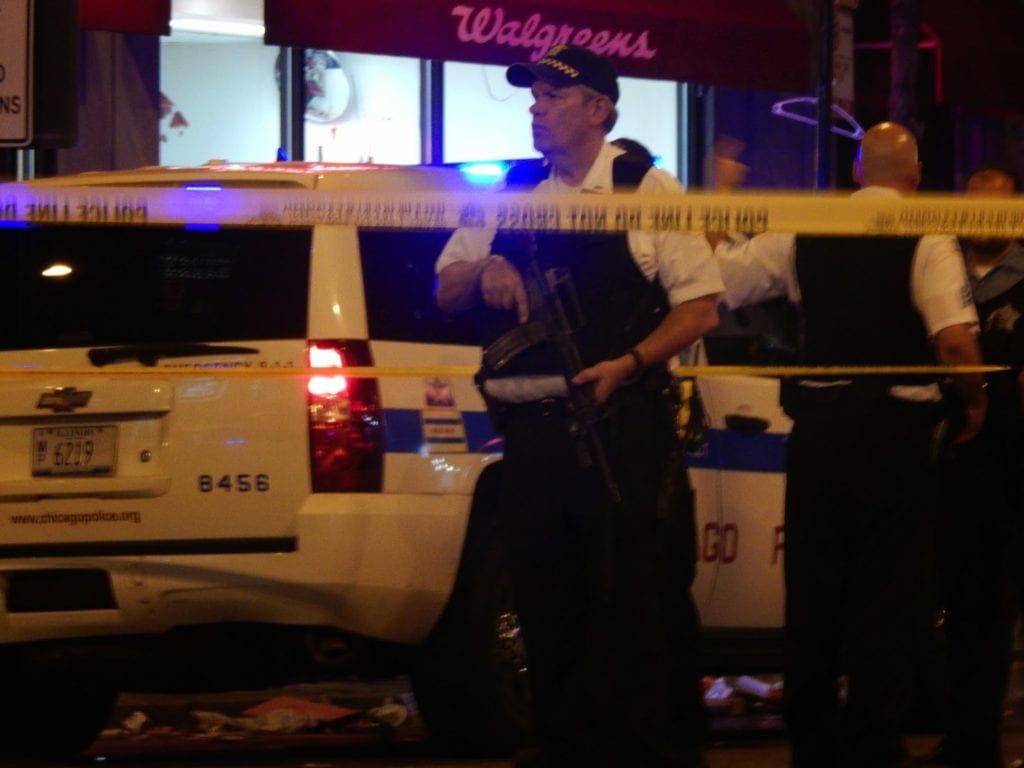