The Chicago Police Department fired off a press release minutes after yesterday’s Pride Parade ended. In it, they perkily announced that the parade garnered a mere eight arrests and a good time was had by all. End of story. Bye everyone! See you next year. Night night!

But what about all of the sh!t that has been going down in the parade’s aftermath in recent years? Not the mania that comes with getting a few hundred thousand people transported out. No, the other stuff. The lingering, loitering, sidewalk blocking, fighting, and robbing?

There were FAR more than eight arrests “connected” to yesterday’s parade.

Here’s a little taste from the 19th district’s police radio at 10:41 last night: “[officers] who are doing mass arrests…they have to fill out the mass arrest cards. They can’t just bring [arrestees] in here without any information.”

Organizers and politicians want you to believe all of that post-parade mayhem is “unrelated.” Apparently, it’s just a coincidence that it happens immediately after their event every year lately. (What are the odds of that?) 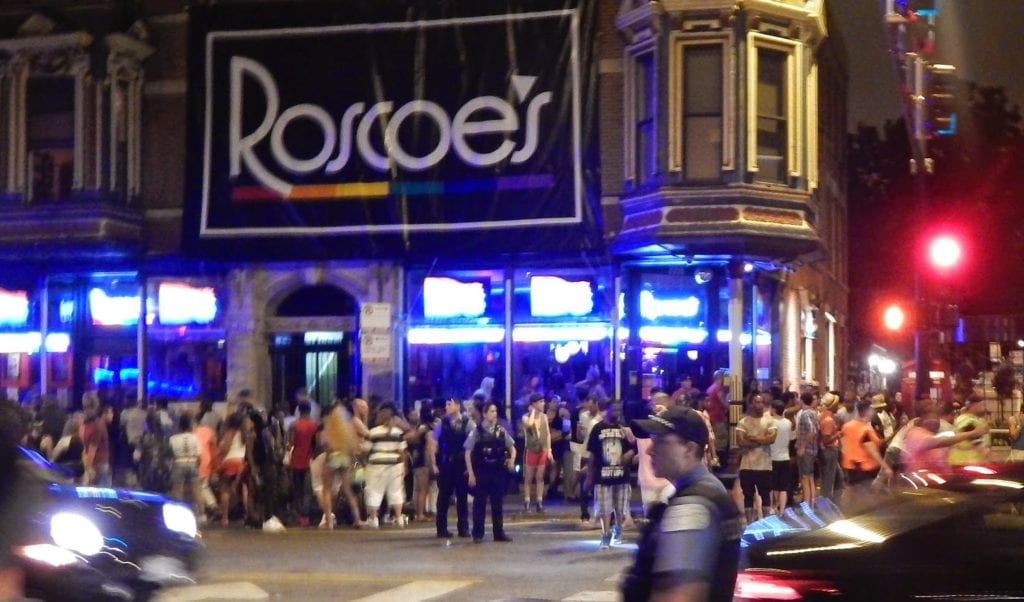 Nearly eight hours after the parade concluded yesterday, Halsted Street was brimming with “unrelated” problems and cop cars zooming to fix them with lights flashing, sirens blasting, and horns honking.

We’re still counting, but it looks like 5 or 6 seven people were “unrelatedly” robbed. And, of course, that man got “unrelatedly” shot at Belmont and Sheffield this morning.

We’ve preached about the city’s failure to secure Belmont between Halsted and Seminary for over a year. And that’s part of the problem. The willingness of Pride Parade organizers, city officials, and business people to wash their hands of anything that happens after the last float crosses the finish line is an even bigger part.

Some people should be doing some serious thinking today.