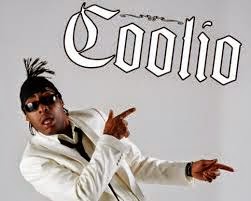 Exactly one week after a woman reported being robbed at gunpoint by two men—one of whom looked like Coolio—another woman was robbed this morning by two men with similar descriptions and a similar get-away vehicle.

Police met this morning’s victim at 1:30AM near the Home Depot on Halsted Street in nearby Lincoln Park.

The woman and a male companion reported that two black men in black hoodies, one of whom was armed with a handgun, approached them and took the woman’s purse. The offenders then fled eastbound on Diversey in a newer-model white SUV, possibly a Lincoln Navigator. It is not known if additional offenders were in the SUV.

Last Wednesday at 1:30AM, a woman was robbed at gunpoint of her purse while walking home from a 7-Eleven store near Belmont and Racine. Minutes later, offenders in a newer model white SUV tried to use her debit card at a Lincoln Park gas station.