At least fifteen police units and four ambulances were called to Fremont and Waveland around 12:30 this morning when a massive house party spilled into the streets and fists started flying.

Police were called to the same block twice early last Sunday to handle large crowds on the street.

Officers cleared a massive party out of the 3722 Fremont building, with one unit estimating that “at least 200 people” were shooed out of the complex. 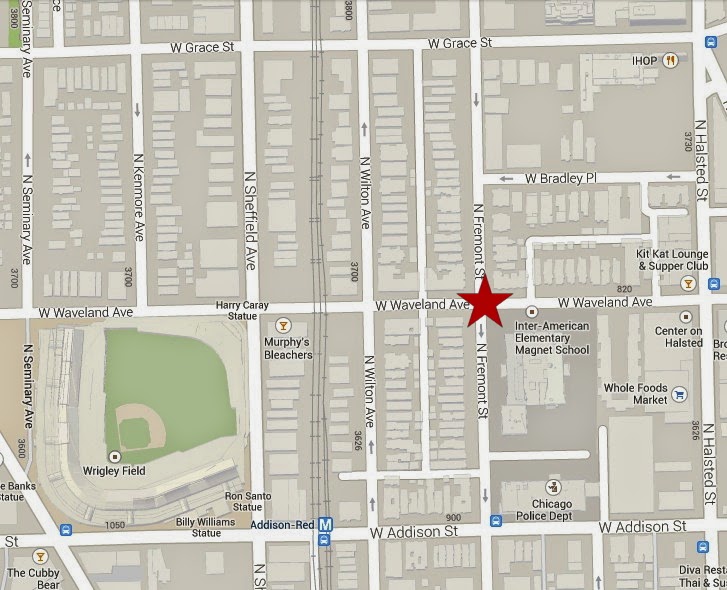 After police departed, residents reported that some party-goers had returned and broken into the apartment building to steal bikes. A next-door neighbor also reported that a group of rowdy partiers were trying to break into her apartment. They did not succeed, according to police.

Officer detained at least one suspect in the battery cases, but all parties either could not or “refused” to identify the perpetrators and it appears that no arrests were made.

One battery report is known to have been filed at this time: HX361936

Later that day, a woman who lives on the block woke up in her apartment to discover that she had been drugged and sexually assaulted after “partying with her neighbors.” The perpetrator also allegedly burglarized the woman’s apartment.

That incident is recorded as a criminal sexual assault in case HX352803.