When two men were critically wounded in a gang-related shooting by the tennis courts at Addison and Lake Shore Drive last week, many people were surprised. Gang shootings?

Less than a week before that, another man was shot in a gang incident at Belmont and Sheffield.
A van full of Latin Kings was shot at by rival gang members across from Wrigley Field in late May.
CWB has frequently mentioned that the area east of Lake Shore Drive at Addison (Recreation Drive) is a popular hangout for gang members. Acting on a tip from a reader this week, we learned just how popular it is.
Shown here are some of the gang markings that we found today. The symbols represent a handful of different gangs—and they are not all friends.

UPDATED: Since some readers seem to believe the six-pointed star is exclusively a symbol of Judaism, we offer a video primer. 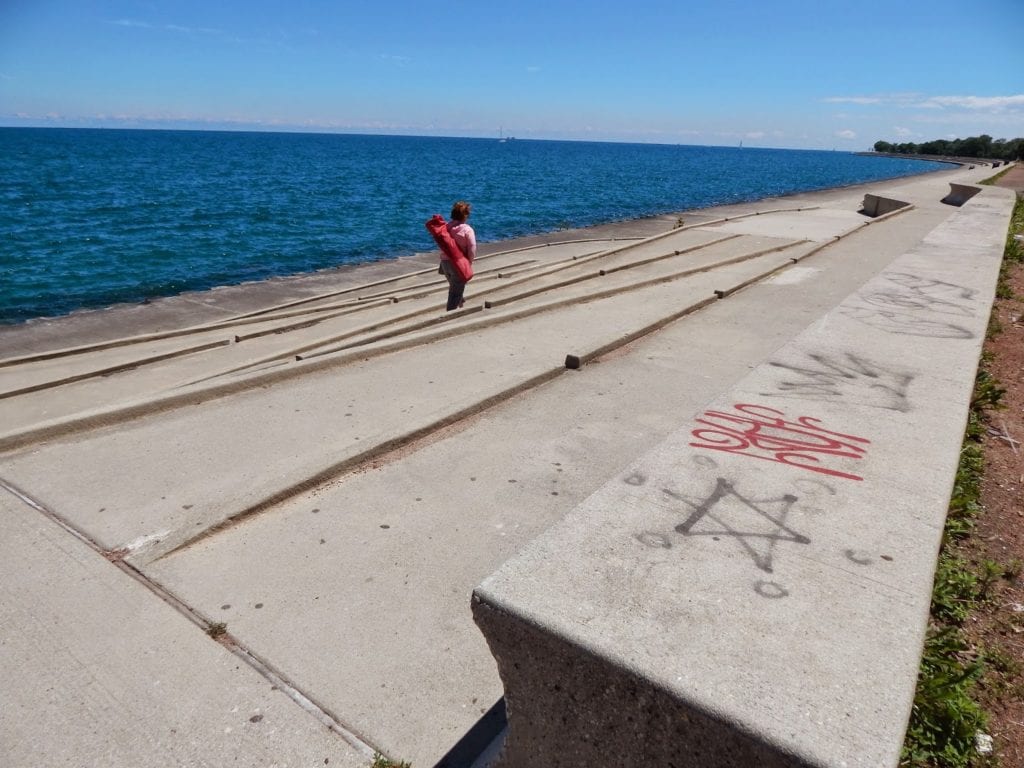 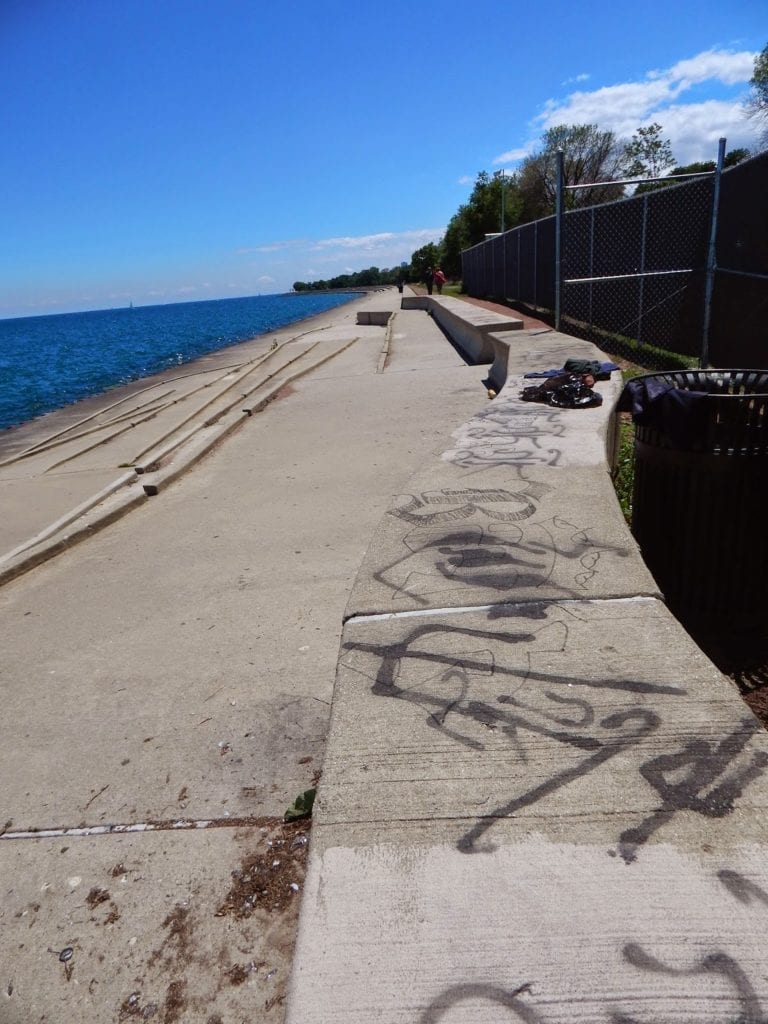 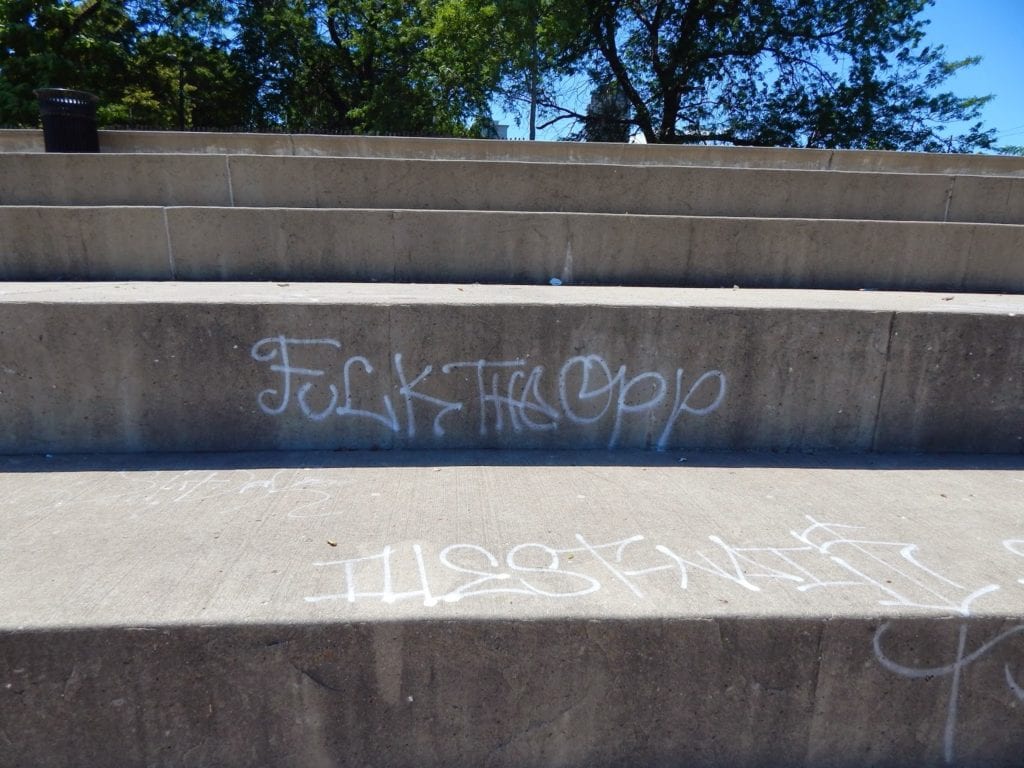 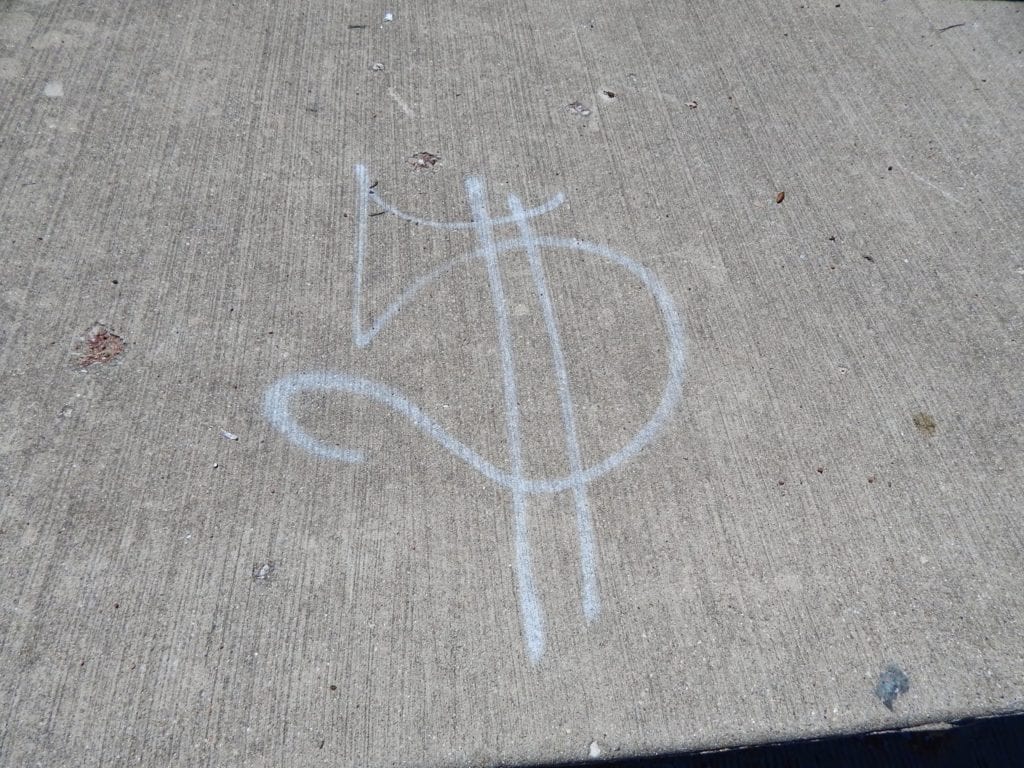 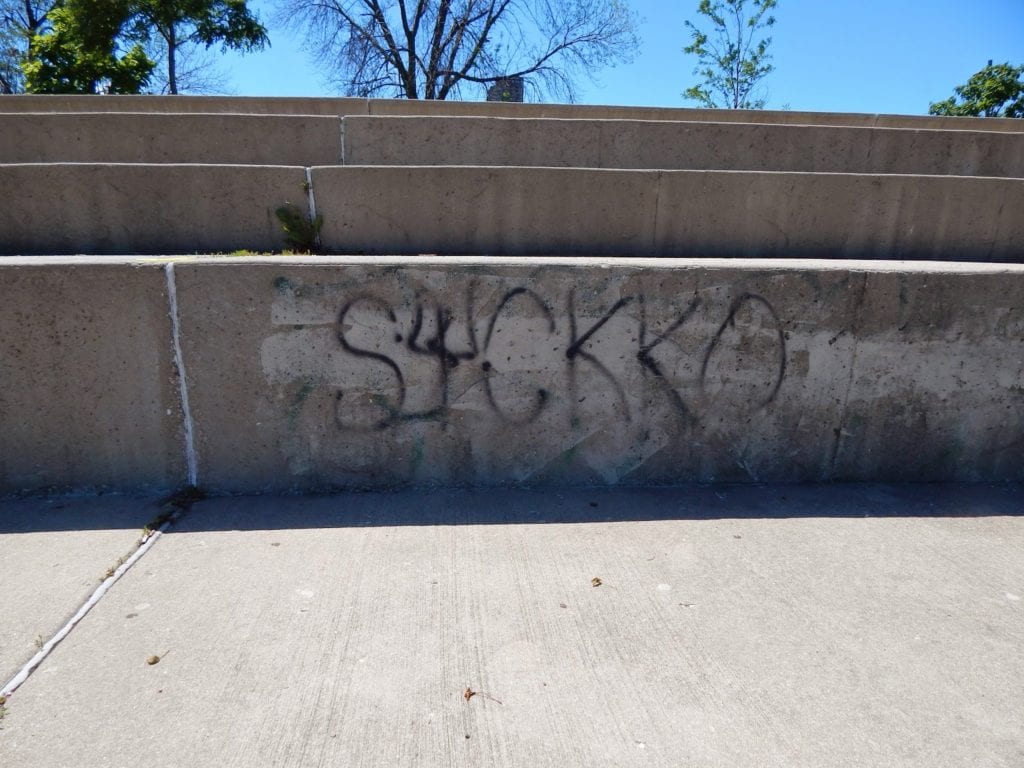