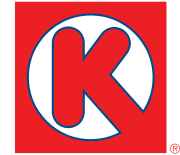 Yes, he has a smoke.

An opportunistic thief made a lucky strike and escaped with 54 cartons—yes, cartons—of cigarettes from a Boystown gas station Monday morning.

The thief made his move as a delivery driver was bringing a shipment to the Circle K/Shell gas station at Halsted and Addison around 10:45AM.

Witnesses say the man stuffed the smokes into a gray or silver car, then sped south on Halsted. Officers searched the area without success.

Suspect description: Male, Hispanic, “short build,” 180 to 230 pounds, wearing a black baseball cap, gray pullover zip-up sweatshirt, and dark jeans. He had a phone earpiece in his ear and a notepad in one hand.