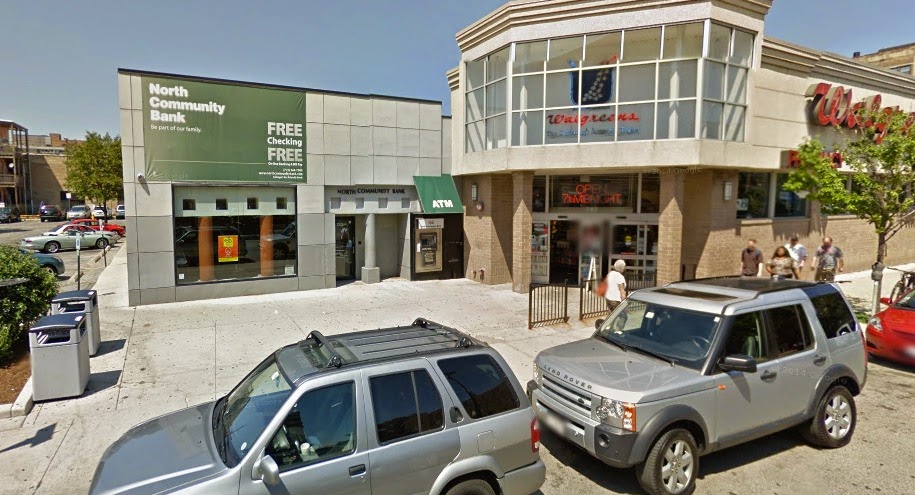 He was spotted within minutes and taken into custody about two blocks south of the bank in the 2600 block of Burling. Arresting officers said that they recovered a knife from the suspect, but the weapon was reportedly not displayed during the robbery.