The city has confirmed yet another previously-unreported robbery on Helmont when it released data showing a strong arm robbery outside of 1000 Liquors, 1000 W Belmont, at 1:20AM July 25th.

Now, here is this weekend’s tick-tock…
Friday, August 1, 12:20AM — Security at Montrose Harbor reports that a guy “just stole a John Deere tractor, drove it into a fence, and ran off.”
Saturday, 1:24AM

Sergeant: Can you find out where [a Halsted Street “entertainment detail”] car is?
Answer: In the station on a break.
Sergeant: You’re supposed to be on Halsted after 1AM.


1:50AM
Sergeant: Can you find out where [the other Halsted Street “entertainment detail”] car is?
Answer: In the station.
Sergeant: Yeah, I guess that’s where we’re supposed to be at this time. 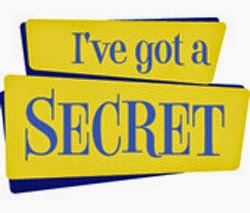 6:54AM — An officer gets a surprise when he stops to issue ordinance violations to two gentlemen at Jonquil Park, 1020 W. Lill. One of the men gets a ticket. The other man is a convicted murderer wanted for violating the terms of his parole. He got a ticket and arrested.

Speaking of homicide, a reader pointed out to us that a 15-year-old boy who was arrested in Wisconsin on Friday for his alleged involvement in the shooting death of a photographer in Rogers Park lived across from the iHop at Halsted and Grace.

11:12AM — Whoa! After going MIA for the summer riot season, park district security is really on top of things this weekend. They just asked police to come to the Sydney Marovitz golf course to investigate “a suspicious large brick with a 7-inch piece of screen that’s attached to a beer can with Velcro.”

Sunday, 12:15AM — A Halsted Street “entertainment detail” street stop turns up a teenager who has a growing arrest record and one conviction for robbing a man in Boystown. The teenager, who has a common name, hinders identification efforts by giving officers an incorrect birthdate and claiming to have no middle initial.

2:07AM — Clark Street “entertainment detail” officers report a “big fight” outside of Rebel Bar. They ask for more cars. Eventually, five of the district’s 15 beat cars are brought in to contain Clark Street.

2:51AM — Guess what? That teenage robbery convict who got stopped a couple of hours ago by the Halsted Street detail just got stopped again by the Clark Street detail. This time, he gives his correct date of birth, but he claims that he has a middle initial this time. His record still cannot be found. He’s in the company of a convict and known gang member from Berwyn as well as two others. All are sent on their way.

3:43AM — All “entertainment detail” units are ordered to Belmont and Sheffield.

7:17PM — Only in Boystown: At Halsted and Addison, you’ve got three white guys fist fighting in bathing suits.

10:59PM — One woman, five men fighting outside of Hydrate at Halsted and Cornelia. More police units are ordered. No arrests as the participants are “mutual combatants.”

11:21PM — A 911 caller says a stranger just punched him in the face outside of 3232 Halsted, then left the scene. Almost immediately, officers find a suspect matching the caller’s description near D.S. Tequila Company, 3352 Halsted. A positive ID is made. The suspect is arrested. Battery case HX373010 filed.

3:57AM — A canine officer reports 10 people fighting in the street at Clark and Belmont. Officers arrive to find the participants going in opposite directions.

4:10AM — A man “just got beat up bad” near the Belmont Red Line station. An ambulance arrives for the man, who an officer reports to be “down and unresponsive.” One arrest. Battery case HX373166.