Two more suspicious fires broke out in an alley east of Clark street overnight, likely the work of an arsonist who is currently being hunted by Chicago police.

The fires, reported within 10 minutes of each other, were a block apart.

Unsettlingly, both of this morning’s fires appear to have been set next to or under occupied structures.

The first fire call came at 2:17AM after a dumpster was lit behind 863 Buckingham. That fire appears to have been set under the balcony of a second-floor residence. 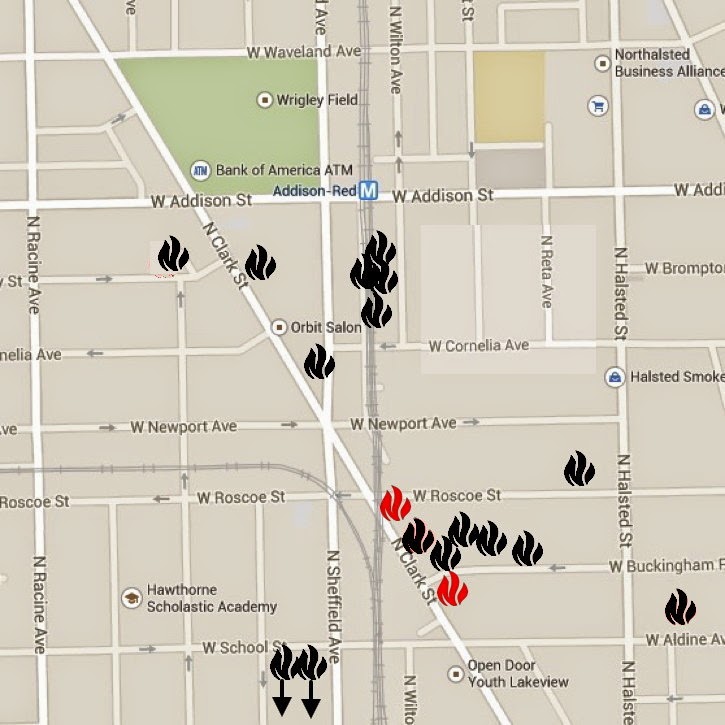 Ten minutes later, another fire was reported one block north in the same alley. That fire was sparked in a residential garbage can next to condo buildings at 917 Roscoe, behind Houndstooth Saloon.

Arson investigators have already been to the scenes.

• VIDEO: Arsonist Sets Blaze In Boystown This Morning; Other Suspicious Fires Nearby…