Helmont—the robbery- and battery-plagued stretch of Belmont Avenue from Halsted to Seminary—refuses to be tamed.

Newly-released data from the city shows that two previously-unreported robberies took place along that cursed 2,000-foot long stretch of asphalt last Sunday morning. One victim was strong arm robbed at Belmont and Seminary around 2:30AM and the other was targeted near Belmont and Wilton two hours later. Cases HX411664 and HX410866.

Here are just a few things that have been reported on Helmont over the past 60 hours:

Friday, 4:04AM – Multiple calls of up to 15 people fighting in the street. Location ranges from near the Dunkin’ Donuts to the Red Line station. EMS is dispatched, but later cancelled by arriving officers who report that “some of the victim’s friends grabbed him and took him away before we got here.”

Friday, 12:01PM – Several calls of a man threatening passers-by with nunchucks outside of the Subway restaurant, 901 Belmont. Officers search the area, but fail to find the man. Witnesses describe him as black, in his 40’s, some facial hair, wearing a red durag and American flag bandana, black t-shirt, black-pants. His nunchucks are orange. No report. 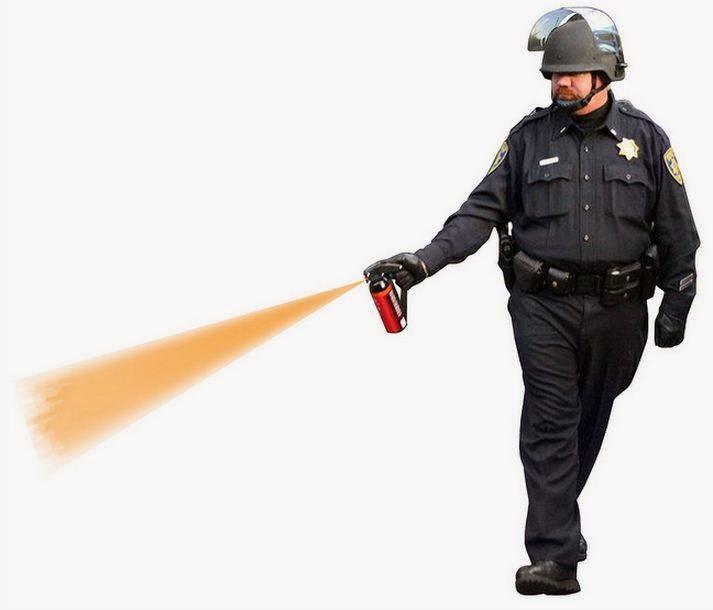 Saturday, 12:09AM – Man punched in the face outside of Whiskey Trust at Belmont and Halsted. One arrest.

Saturday, 1:51AM – Three people just pepper-sprayed a guy on the northbound Red Line platform at Belmont station. Officers arrive and summon an ambulance to treat the victim.

Saturday, 4:23AM – Men fighting in the street outside of Berlin nightclub, 954 W Belmont.

Saturday, 5:30AM – District enters “Radio Assignments Pending” (RAP) status, meaning there are no officers available to immediately handle 911 calls. The district gets caught up at 8AM.

Saturday, 6:01AM — Surprise! Something of interest that’s not on Belmont: A man wakes up in the 2700 block of N. Wayne to the sensation of someone rubbing his leg. Remembering that he went to bed alone, he is intrigued and opens his eyes to discover he is being massaged by a man he does not know. A short foot pursuit ensues as the stranger bolts out of the house. Recorded as a criminal sexual abuse in case HX417497

Saturday 10:47PM — At 912 Belmont, a large group of men are jumping on a single victim. Resolved by police.

Sunday, 12:57PM – Another piece of off-Belmont action. Calls of a large fight in the street pour into the 911 center from addresses ranging from near Cornelia and Halsted west to the 900 block of Cornelia. The crowd is dispersed but no report is taken because officers say there is “no victim,” which usually indicates that the fight was among willing participants.

Sunday, 3:42AM – A man who lives near Belmont and Sheffield looks out his window and sees “seven or eight” men beating up and robbing a man on the street. He gives descriptions of all three offenders and says they are walking southbound while the victim is escaping northbound. A police unit assigned to the “entertainment detail” claims that they have been sitting at Belmont and Sheffield for “the past half-hour” and haven’t seen anything. 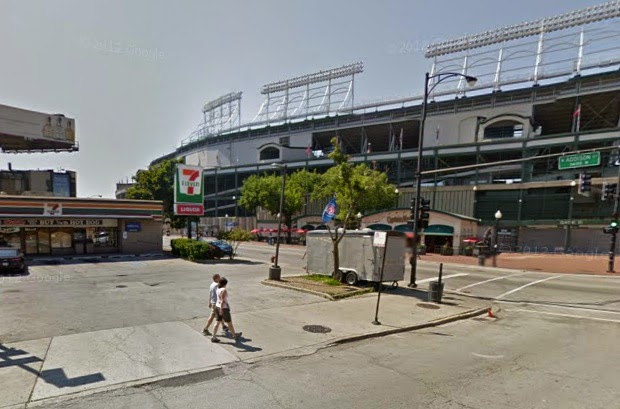 Sunday, 4:45AM – Battery in progress. People fighting in front of 826 Belmont.

Sunday, 5:51AM – Up the street, a clerk is cut on the hand by a knife-wielding man at the 7-Eleven store across from Wrigley Field. The offender, described as male, black, wearing a black jacket, and carrying a black bag, is last seen running toward the Addison Red Line station. CPD battery case HX418792.

Sunday, 12:09PM – A Reddit user named Manzuri reminds everyone that it’s a bad idea to loan your phone to strangers on the street. If you happen to be near Big City Tap at Belmont and Sheffield as Manzuri was this morning, it’s an even worse idea:

Was I drunk? Yes…For the record I wasn’t even at the “Big Shitty”. Was simply walking home when a kid asked to borrow my phone to call his friend, and then subsequently ran off down an alley way with it while his friends tried to distract me from following him. Only reason I made this post was to remind people that crime is alive and well on the north side too, and the cops that stand on the corners shooting the breeze all night can only do so much.”

Learn it. Know it. Live it.