A drunk reportedly climbed behind the wheel of a car around the same time. A cop was dispatched 70 minutes later.

Welcome to the world of RAPs and the incredible effort to deny that they have an impact on police service.

Frequent CWB readers are probably familiar with the term RAP. It stands for “Radio Assignments Pending,”  an official term used by the Chicago Police Department and their dispatchers to designate periods of time when police districts have no cars available to handle incoming 911 calls.

When all officers are tied up on assignments, districts go “into a RAP” and new calls for help stack up and wait for an officer to become available.

So far this weekend, our district has been in RAP status at least four times for periods lasting from just over an hour to more than three hours.

Even people who reported serious crimes to 911 had to wait. Like the man who said three guys “snatched” him into a car and stole his phone and wallet near Grace and Southport Saturday morning.

No officers were available to help the man, a fact that was made perfectly clear by the 19th district’s police dispatcher when a police unit finally became available 18 minutes later, at 5:03AM.

Dispatcher: “I gotta send you on this robbery, ’cause this person is blowing up 911 [with calls for help].”

If that guy had to wait 18 minutes for cops to start heading his way, how long do you think less serious calls sat around that morning? Let’s take a look: 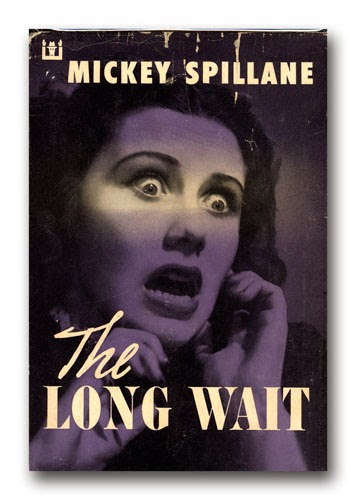 5:14AM — A police unit asks if they can take their lunch break. Dispatcher: “I’m going to have to deny you that because you have 1, 2, 3, 4, 5 pending assignments and, um, you know, you’re in a RAP.” Officers are not allowed to take lunch breaks when their district is in a RAP.

6:00AM — A unit becomes available. “Let’s go with that DUI driver for me. [The call] has an hour on it. Hopefully they made it safe wherever they were going.” Clark & Lawrence.

6:02AM – “An hour and 10 minutes ago, there were two guys…looking inside a white vehicle. Caller thought they might be trying to break in.”

“Manipulated In A Way I Despise The Most”

Interesting story for ya. We reported last month on a man who was beaten and robbed while the district was in a RAP. Cops eventually met the guy in a hospital room, where he had been taken by ambulance.

…They didn’t have any information for me, but are looking into it and said they will call me back. I let them know that I needed to know exactly what they are doing about the delayed response.

[Later]…They just called me back and told me that their report says that it took the officer 20min before he got to the victim to take a report and that this wasn’t a RAP issue.

That’s a classic, Tom. Technically, the officer did “take 20 minutes to get to the victim.” The alderman failed to mention, of course, that the call sat around for 40+ minutes waiting for that officer to become available.

Tom Tunney’s office just tried to manipulate me in a way that I despise the most; they told me the truth, but not the whole truth.

I just called them back with this information and I could tell they are in “PR mode”. They are “reaching out to the captain for more information (again) and will be listening to the police scan from that morning”. I could tell there was no accountability but I’m reasonable; I don’t expect them to take ownership of something they don’t know anything about. However:

1. How can you possible not know about a beating and robbery just two blocks away from your office? I expect the Alderman’s office to be in the know regarding all of the crime in the area.

2. I felt that from the beginning, I was being treated like I don’t understand how the police force functions, the process in which they take calls… and ultimately I feel like I’m treated as if I’m incredibly misinformed about this recent RAP issue.

3. So far the answers have been scripted rebuttals.

It feels like each time they reach out to the police, it’s so they can learn how they can explain the situation to me, and make it sound like its business as usual. It’s not addressing the issue, or even admitting there is an issue.

Do yourself a favor. Contact the alderman’s office Monday morning and see how he explains away all of long waits for service we told you about above. It should be interesting.  (773) 525-6034. Or stop by 3223 N. Sheffield. Or email ’em.

You may want to ask why he isn’t speaking up loudly and publicly about the 22% reduction in police manpower our district has suffered. Another Lakeview alderman has and he hasn’t been struck by lightning or anything.

Remember, our alderman is the guy who the Sun-Times said was literally reduced to tears over the square footage of  Wrigley Field’s new Jumbotron. But when real people are being hurt physically and financially, it’s Smoke Screen City.

Oh. And if you need to listen to “the police scan,” just let us know. We have an enormous archive.