Anthony E. Knight, 56, allegedly stole a phone charger and $2 cash from the pockets of a man sleeping in Wrigleyville around 5:30PM last Tuesday. And when the 44-year-old victim woke up, court records say, Knight punched him in the face.

Police say the victim, “fearing for his safety reached for a wooden club” and whacked Knight in the head. Knight’s charged with theft and battery in CPD case HX412850.

His Cook County Criminal Court record boasts a whopping 78 entries under his own name as well as aliases such as Anthony Cannon, Bruce Harper, Anthony King, Donald Anderson, and Don Macreet. He lists a shelter in the 1400 block of S. Canal as his home address.

Arrested Twice For Burglary In A Month

When Kenneth King was arrested by officers who suspected him of burglarizing a home in the 900 block of George on August 21, he was awaiting trial for another burglary matter in Boystown.

One month before the George incident, King was charged with possession of burglary tools, criminal damage to property, and criminal trespassing after a resident accused him of using a pry bar to pop open doors in the 800 and 900 blocks of Cornelia. Cops caught up with King in the alley at 815 Cornelia and say they found him in possession of a crowbar and two screwdrivers.

A few days after King’s arrest on George Street, Cook County Judge Anthony Calabrese ordered the crowbar and screwdrivers to be destroyed in exchange for dropping the July burglary tools charge against King. The criminal damage and trespassing charges remain.

19th district cops saw a guy tampering with a bicycle as they drove up the 3500 block of Sheffield late last month. They popped a u-ey and saw 60-year-old Arnaldo Acosta walking away with the bike’s wheels, according to court records.

Also in Acosta’s possession, according to the cops: a lock cutter, several pairs of pliers, wrenches, and screwdrivers. He’s charged with theft and possession of burglary tools.

Among the items in his file: Serving 6 years for a 2004 burglary; serving one day for possessing burglary tools in 2010; and only paying court costs for burglary tool possession after Judge Anthony Calabrese ordered his bolt cutters destroyed in 2012.

No BS. I Stole The GPS

When a 911 caller reported two guys “running a scam” at Belmont and Sheffield shortly after midnight on August 28, officers responded and quickly found two men who matched the caller’s descriptions. One of those men was Aaron M. Brown, a 23-year-old self-admitted Gangster Disciple, according to court records.

Brown allowed the officers to conduct a protective pat down, during which a crowbar, screwdriver, and Garmin GPS navigation unit were found in his backpack. Where did the GPS come from? “I’m not gonna lie,” Brown allegedly told the officers, “That isn’t mine. I swiped it from a car.”

Brown was charged with possessing burglary tools and theft of lost or mislaid property.

Judge Anthony Calabrese ordered the burglary tools destroyed and that charge was dropped. Brown then pleaded guilty to the theft charge, received a 2-day sentence, and then a 2-day credit for time served.

He lists Lakeview Lutheran Church, located directly across from the 19th district police station, as his home address. Included on his rap sheet: three years probation for receiving/possessing stolen property in 2009; and a four year prison sentence for possessing a stolen motor vehicle in 2009. 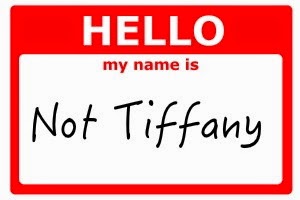 Early in the morning on August 26, a Lakeview woman called 911 to report two men breaking into cars along Seminary between Oakdale and Wellington. When officers arrived, court records say, they performed a protective pat down on a suspect and found a pink-covered iPod with a power cord attached in the front pocket of 19-year-old Martrell Owens.

Cops say the name of the iPod’s female owner was scrolling across its screen, a circumstance that Mr. Owens had difficulty explaining. Owens is charged with one count of theft of lost or mislaid property. Another one of the individuals stopped was taken in for curfew violation.