Ten days ago, tipped off by an Everyblock post and reader emails, we told you about a Gangster Disciples gang tag and a dangerous, unsecured passageway near Belmont and Sheffield—the heart of the “Helmont” crime strip.

We opened a Streets & Sanitation ticket on the graffiti. The city blasted the tag within 36 hours.

Now, with encouragement from Alderman Tom Tunney, the unsecured gangway has been boarded up, too. 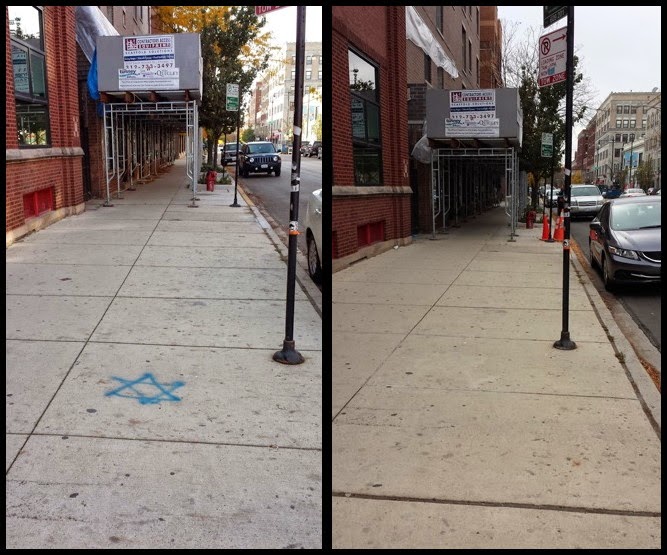 Multiple robbery victims have told CWB that their attackers seemed to materialize out of that walkway, which was also used by the Helmont street criminals for back-door access to the Belmont CTA station.

We’ve never been stingy with the criticism of Alderman Tunney’s performance on policing and crime. It is a pleasure to say that he and his office did an excellent job of getting these two issues rectified.