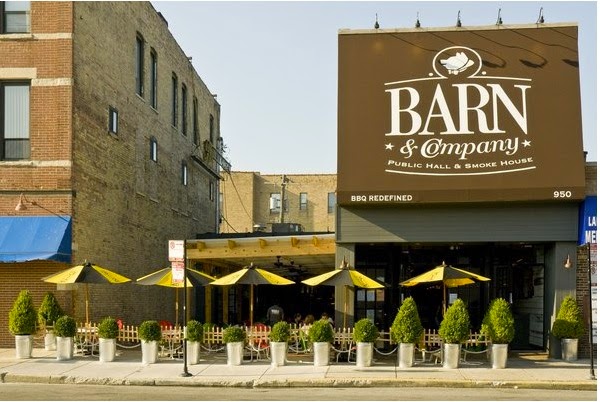 UPDATE 12:11PM — CWB has learned that the police operation also included Illinois Secretary of State Police and citations were issued by them as well as Chicago Police.

Six individuals were cited for illegal consumption of alcohol by minors; three were cited for misrepresentation of age by a minor; and seven were cited for possession of fraudulent ID.  Barn and Company itself was also issued two citations.

———-
More than 20 people were taken into police custody at a Lincoln Park barbecue restaurant early this morning after 19th district police conducted a licensed premise check at Barn and Company, 950 W. Wrightwood, near the Lincoln Avenue bar strip.

Officers responded to a loud music complaint at that location around 11:30 last night and the police premise check came a half-hour later.

All of the detainees—referred to as “kids” by one officer—were processed at the 19th district station.

Late last month, a 19th district team issued multiple violations during a mission that focused on the Lincoln Avenue bars, which are popular with DePaul University students. At least two of those citations were for serving minors.