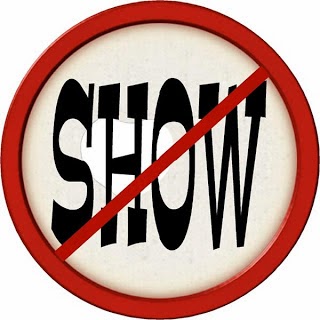 The 21-year-old The Crib youth shelter resident who’s accused of fondling and forcefully kissing a Lakeview woman as she walked to work earlier this month failed to show up in court this week. An arrest warrant has been issued.

We are pleased to report that the victim of that incident has given us the green light to publish her account of what happened as well as her remarkable take-away. It’s a very good read and we will be posting it in the coming days.

There is more info today on an incident in which a client of The Crib was reported to have been seen attempting to crawl through an apartment window in the 800 block of Addison, a couple of doors from the shelter.

Police located the occupant of the apartment and a 20-year-old has been charged with disorderly conduct/peeping Tom. Joseph Robinson was also held for violating conditions of bail as he was facing theft of services charges at the time.

Encouragingly, three witnesses, all aged 20 or 21, gave statements to police and a CWB comment writer stated that the witnesses who helped police are Crib clients.

Alderman: Police “Perceive” They Cannot Go Into The Crib

Crib staff refused to allow 19th district officers to enter the shelter as they sought a battery offender on September 9, according to a cop who was on scene. Staff also refused to bring the suspect out, the cop said.

A week later, a different officer recounted that event when he was called to handle a different issue at the shelter. “Last week they refused to assist the police and didn’t want us to come in. So, if that’s going to be the same thing, we will just handle [this new call] from the [parking] lot.”

According to Alderman Tom Tunney’s office, though, officers are merely “perceiving” these issues. An email from his office to one of our readers:

I know there have been some perceptions that the Crib does not allow the police inside without a warrant. This is not true.  Since the Crib is licensed through the City, the police can enter  any time without a warrant.  The police do need reasonable cause to come in, and they are able to enter if they are in direct pursuit of an individual or have reason to believe there is a criminal incident taking place inside.

Another Tunney classic. The police are “perceiving” that they were not allowed into the Crib. We suppose they are also “perceiving” that Crib staff would not bring the battery suspect out of the shelter to meet with them.

Now, here’s a possibility: The officers know that if they exercised their legal authority to enter the Crib against management’s wishes, a shit storm would erupt and the city, the alderman, and probably their own department would throw them under the nearest bus.

Our office and the police continue to work with the Crib to ensure they are being a good neighbor. As always, please keep me apprised of any future incidents that occur.

Ahhhh bullshit, Tom. From the reader:

I have decided moving forward I will no longer be emailing Erin Duffy or the Alderman’s office to update them on issues related to The Crib.  Instead, I will put my energy into campaigning for a new alderman when the time comes.  It seems to be like a more productive use of my time.

We perceive some dissatisfaction.

As always, our issue is not with clients of our neighborhood’s service agencies who find themselves here in need of assistance. Our issue is with the two-faced management of many of these operations who say one thing in public and do another thing in real life. They do no favors for the community or their vulnerable clients when criminals are allowed to take advantage of their operation.