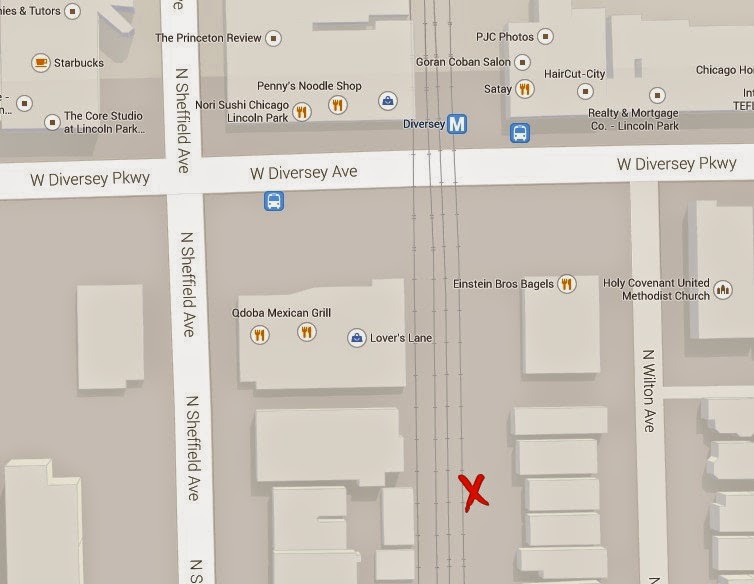 A man was seen setting fire to newspapers in an alley near the Diversey L station Thursday afternoon. The small fire was extinguished by a resident who immediately notified police.

The incident took place in the 2700 block of Wilton’s west alley just before 5PM.

According to the witness, papers were set on fire by a black man in his 40’s, about 6-feet tall, slim, wearing a baseball cap and a white shirt. The offender was last seen riding southbound through the alley on a red bike. He turned east at Schubert.

Arson investigators have been notified, but no connection was immediately made with a series of fires that have struck around Wrigleyville and Boystown recently.

The Chicago Police Department has asked residents to check home surveillance system footage from around the times of the Lakeview fires to see if images of suspicious persons were captured. They would most likely appreciate images of yesterday’s suspect, too.