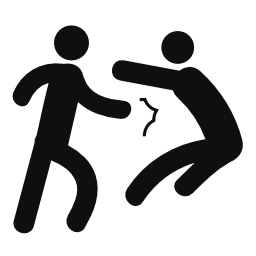 12:11PM — Police respond to the 7-Eleven at Broadway and Waveland after two “youths” came into the store and punch an employee. The suspects are known to hang out at the Center on Halsted, according to the victim who describes the primary offender as male, Hispanic, 5’8″ tall, 150 pounds, wearing a gray/purplish hoodie and gray pants. Case HX461095. UPDATE OCT 16: This case has now been upgraded to an attempted strong arm robbery.

12:05AM — About 20 people detained in a CPD/Illinois Secretary of State Police operation at Barn & Company, a BBQ restaurant at Wrightwood and Sheffield in Lincoln Park.

1:02AM — Scanner highlight: “Find Mr. [name] outside the bar. He says his wife is inside having sexual relations with a group of men in the lounge area.”

1:37AM — Witness reports man breaking into cars at Roscoe and Clark. He is taken into custody moments later in the 800 block of Buckingham.

5:18AM — Police respond to the 3300 block of Sheffield after a neighbor hears screams coming from a residential parking garage. Ozzie Scott is charged with severely beating a woman in an attempted robbery.

12:00AM — The CPD unit that conducted yesterday’s operation at the Lincoln Park BBQ restaurant is posted at Wrightwood and Sheffield, just to keep an eye on things.

12:02AM — Man at Wrightwood and Wilton, one block from the BBQ units, says two offenders approached him and put guns to his head in an attempted robbery. The victim, who later tells his story on Reddit, slips away and the offenders flee empty-handed. The neighboring 18th district reports having a similar robbery in the same general time period a few blocks away. Two offenders, both armed with guns, were involved in that case, too. Case HX463107.

The two incidents bear some similarities to last month’s “Young Guns” pattern in which multiple young offenders, all bearing handguns, robbed a series of victims over the course of several days. (Stories here and here.)

12:35AM — Unit working with the BBQ police calls for back-up at another nearby bar after a large crowd forms around them in a parking lot. One arrest. “Licensed premise” inspection conducted and a liquor violation is issued. Case HX463133

10:39PM — Behind the Sherwin Williams store at Halsted and Aldine, there’s a van of people having sex.

To the surprise of few, CBS2 reports that the 19th police district (That’s us!) has the most bike thefts in Chicago. Beat 1922, which lies just west of Wrigleyville and Boystown, is the #1 beat for bike theft.

As five people who are very well aware of Boystown’s hypersensitivity, we’re rather surprised by the name of a new restaurant coming to the heart of the Halsted strip: “Chop Chop Chinaman.”

The restaurant’s business license—the only licensed Illinois business with the word “Chinaman” in its name—is held by a Ms. Lee.

California politicians called for a Fox News host to resign this summer after he used the term “Chinamen” in a xenophobic rant. Or, for the more TMZ-oriented, Mylie Cyrus something something.