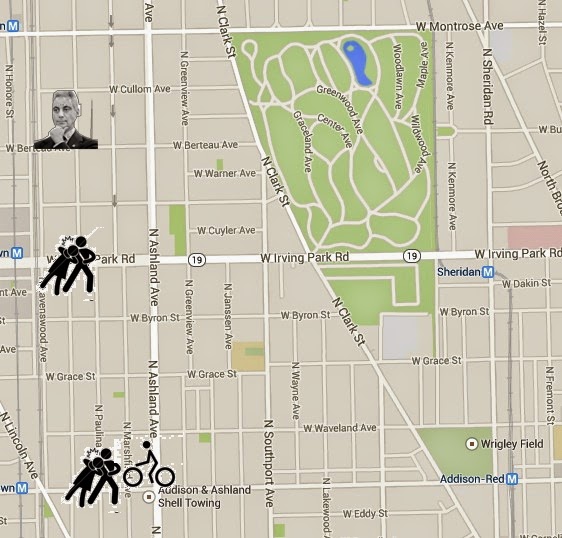 Two women were attacked and robbed in separate west Lakeview incidents overnight. No one is in custody.

The first victim was punched in the head and robbed of her purse around 4:45AM at Irving Park and Hermitage, just two blocks south of Mayor Rahm Emanuel’s home.

She described her attacker as male, black, 5’6″ tall, 140 pounds, clean shaven, wearing a tan hoodie. He was last seen heading south on Hermitage. Mid-morning, a nearby resident found some of the stolen property discarded in front of a home just south of the robbery scene. Police returned the recovered items. CPD case HX454557.

About an hour after the first incident, a 64-year-old woman was struck from behind by a male offender who took her purse near Paulina and Addison.  The victim, who sought medical attention at St. Joseph’s Hospital, was unable to offer much of a description because she was attacked from the rear. CPD case HX454607.

Coincidentally, a resident called 911 at 6:20AM to report a black male wearing a tan coat cruising around Addison and Marshfield checking car door handles. Officers stopped that man but did not have cause for arrest at the time.