Many were surprised to hear about an attempted gang shooting in a normally-quiet section of Lake View on Monday.

But, CWB has learned, one of the arrestees in that incident told police that he came to the area specifically because he knew that rival gang members frequent Warner Garden Park, located just two homes from where bullet casings were found on Monday. 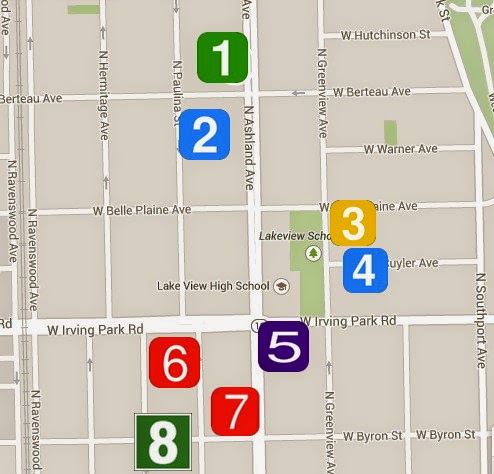 This map shows the locations of eight now-removed tags, which represented at least 3 different street gangs.