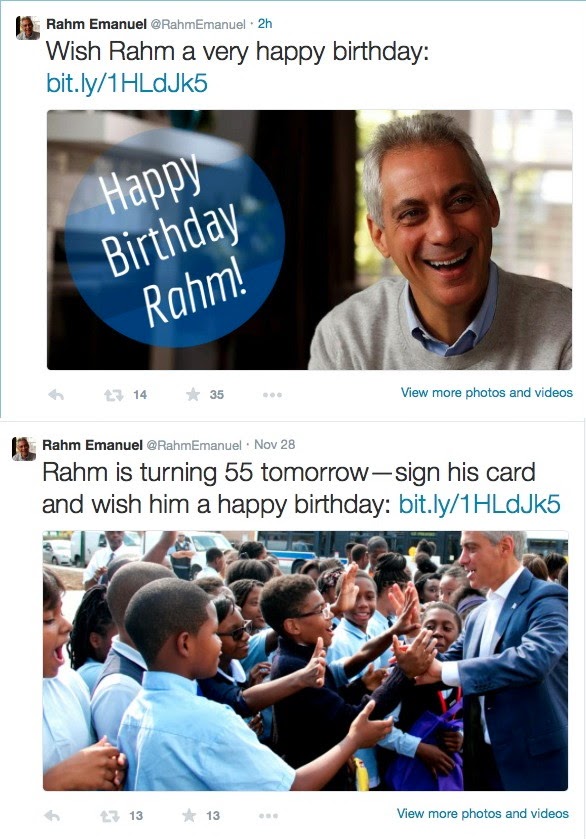 Want to piss people off? Tell them it’s your birthday.

Shriek up to the nearest bartender, “It’s my birthday! Give me a free drink!” They love that.

But our cop-slashing mayor has no shame. It’s his birthday and he wants you to know it.

His one tweet yesterday was an announcement that he’d be turning 55 today.

That’s the kind of guy who’d slash a police district’s manpower by 25%, then take 5% of the remaining cops to guard his house 24-hours a day. (Not guard him and his family. Guard his house.)

Oh, wait. He did—and does—do that.

Yes, Happy birthday Rahm. Maybe this year we’ll give you 10% of our cops.