UPDATE: Another woman has been robbed in Wrigleyville, bringing to total muggings in the immediate area to at least four.
—–
Colder weather? That didn’t put a chill on violence around here. The “Entertainment Districts” of Wrigleyville and Boystown soaked up more than their fair share of police officers—siphoning police away from the rest of the district at a level normally reserved for warmer months.

At least 4 robberies have been recorded, with three in the immediate area. All involved groups of 3 to 6 men attacking individual victims.  At mid-month, the neighborhood is pacing to have more robberies this month than in November 2013.

Several beat-downs that did not include robbery have also reported. Here’s the weekend ticker:

2:06AM – Man is pushed to the ground and robbed by 3 to 4 offenders at Clark and School (Aldine).

2:32AM — Woman reports someone trying to kick in her back door, 2700 block of Wilton. At the same time, a neighbor reports hearing a woman screaming for help and a third caller reports a “suspicious person.” Police arrive, find the back door kicked in. The offender is gone. No report filed.

3:00AM — Officers returning to the station after giving the 2:06AM robbery victim a ride to Lincoln Park are flagged down near the Addison Red Line station by a man who has just been robbed by four offenders, one of whom had a gun.

3:33AM — Officers are flagged down at Halsted and Newport by pedestrians who report hearing a woman scream for help. 911 receives a similar call. The woman is not found.

3:54AM — Over at Illinois Masonic Medical Center, a 26-year-old man is being treated for injuries suffered in a battery at Roscoe and Halsted.

4:02AM — Witness reports seeing 6 black men, one armed with a knife, attack and rob a victim near Belmont and Kenmore. The offenders are last seen running toward the Belmont Red Line station. 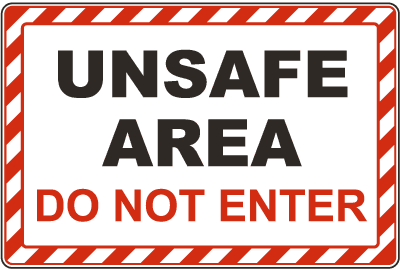 4:02AM — A different caller reports people “fighting” in front of a bar at Belmont and Sheffield. One man is bleeding. It’s not clear if this is the same incident as the robbery, a second attack by the same crew as they ran toward the CTA station, or if it is totally unrelated.

4:16AM — A 61-year-old robbery victim is getting stitched back together at Illinois Masonic, the hospital reports.

4:28AM — Up at Irving Park and Broadway, Thorek Hospital reports that they are patching up a 31-year-old intoxicated man who got beat up as he walked home.

8:09AM — Roofing contractor atop an apartment building at 459 Belmont says a resident came out of their unit with a gun and ordered the laborers to stop working until 9AM. Dispatcher informatively notes that “a 311 supervisor says the ordinance allows construction between 8AM and 8PM, 7 days a week.” Even if the occupant has a gun. No arrest.

9:47AM — Broadway and Grace. There’s a man standing in traffic, playing a guitar for tips.

11:38AM — Back on the 2700 block of Wilton, some residents have found their back door kicked in. They think the intruder is in the basement. As you and I know, the door was kicked in 9 hours earlier. Intruder is still gone. This time, a report is filed.

1:41PM — A fire is reported at St. Alphonsus Church, 1429 Wellington. Police and firemen burst inside to find a wedding in progress. The fire turned out to be “a bit of an overreaction to excessive use of incense.”

12:52AM — Another man is beaten at Roscoe and Halsted. Transported to Illinois Masonic Medical Center. Offender is last seen westbound on Roscoe: Male, black, crew cut hair that is longer on top, black hoodie with skulls and lightning bolts on it, black jeans, black Nike shoes. “It happened right in front of Roscoe’s,” an officer reports.

1:13AM — What’s the deal on Wilton? One block from last night’s attempted break-in, three men jump and rob a man near 2634 Wilton—a couple of blocks from the Diversey CTA station. They took his money and his phone. Last seen southbound on Wilton. Offender #1: Male, black, 6’2″ tall, “very thin,” wearing a gray hoodie and earrings. Offender #2: Male, black, dreadlocks. #3: No description. Case HX508649.

2:44AM — Fight inside Big G’s Pizza, 3716 Clark. Four or five men punching and “throwing chairs and things.” Officers catch up with the crew next to Wrigley Field. A police Taser is deployed. Two arrested. Tazing recipient hospitalized.

3:46AM — Police call for an ambulance outside of Circuit Nightclub for a man who received a “pretty good gash to the back of his head” in a fight.