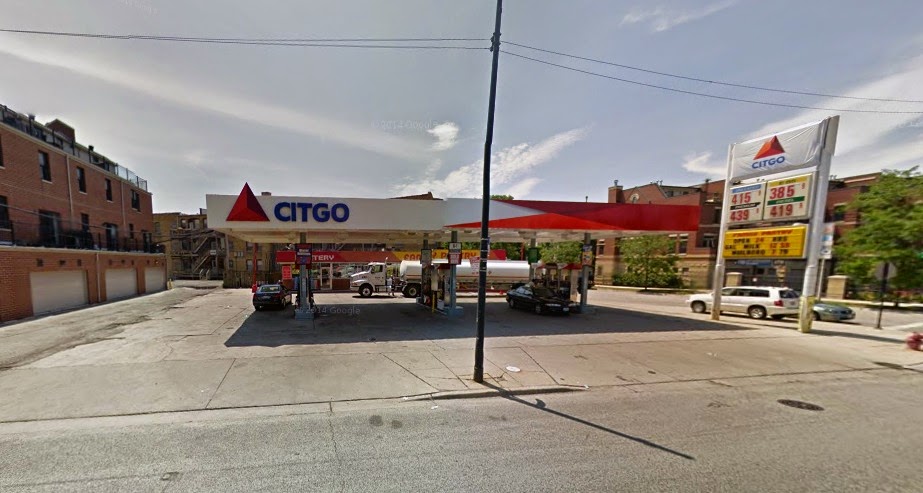 A 21-year-old Morgan Park man who was shot in the shoulder at a Lake View gas station Monday evening is in good condition under police guard at Weiss Memorial Hospital this morning.

Sources tell CWB that 19th district police made contact with last night’s victim a week ago after a woman alleged that someone in his car threatened to shoot her near an Uptown day care center.

Police last night were also exploring possible connections to an Uptown shooting that claimed an innocent man’s life earlier this month. No one is in custody.

Witnesses say the victim stepped outside after making purchases at the Citgo service station, 4070 N. Clark, when a masked man emerged from a nearby alley and fired four or five shots, striking the victim once in his right shoulder. The victim climbed into his car and had a minor collision with another vehicle as he sped off toward Weiss.

The gunman fled the area westbound on Irving Park Road in a vehicle driven by another person. A witness said the gunman’s car was a white Chevy Impala, but the victim said it was a gray Chrysler 200 with tinted windows.

Victim With A History

A CWB source reports that last night’s victim was stopped by police in Uptown around 10:15AM on December 16th after a woman reported that three men threatened to shoot her as she dropped her kids off at day care.

In that incident, the woman said three black men dressed in all black chased her and “tried” to shoot her near a day care center at Lawrence and Kenmore. The woman told 911 call takers that she begged the men not to shoot because she had her kids with her.

She said the men fled in a black 4-door Infiniti with a bullet hole in the passenger side. Officers were unable to locate the woman and the 911 call center efforts to reach her resulted in a voice mail recording, sources said.

The sources went on to say that police touring the area for the black Infiniti came across a black 4-door Lexus with a bullet hole in the passenger side and three black male occupants. Officers stopped the vehicle and recorded the stop for their records, but had to let the men go because the victim could not be reached.

Investigators last night were exploring the possibility that Monday’s shooting is a continuation of violence that claimed an innocent bystander’s life near Truman College on December 9. In that incident, a South Side man sitting in a white Chrysler 300 with tinted windows was targeted in a drive-by shooting. The gunman in that case shot from a black 4-door sedan.

The intended target was not injured, but a 21-year-old man working nearby was struck in the head and killed.

As CWB reported last week, a series of bona fide shots fired cases has broken out in Uptown since the December 9 incident.

No Connection To Warner

Monday’s shooting took place about two blocks from a November 3 gang-related shooting incident in the 1400 block of W. Warner.

Multiple CWB sources report that last night’s incident has “no apparent connections” to the Warner matter, which involved rival Hispanic gangs. While shots were fired during the November incident, no one was struck.