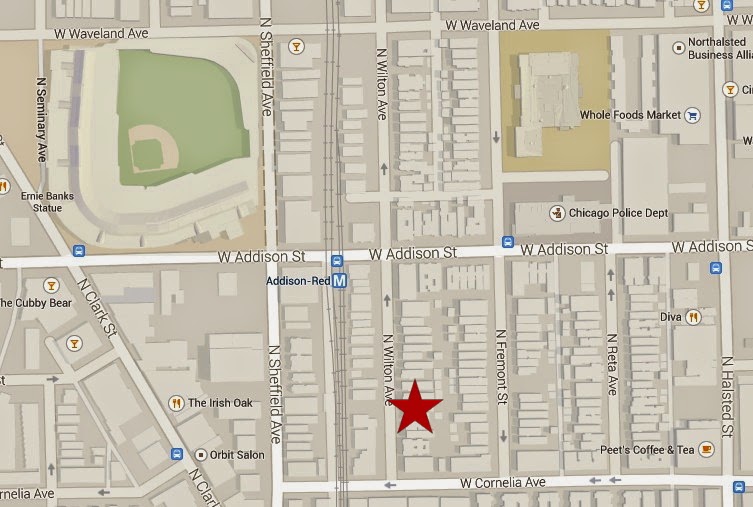 UPDATE 7:53AM—NBC Chicago is reporting that a woman has been arrested and faces multiple counts of hosting a party with underage drinkers.
———
A man is in critical condition at Illinois Masonic Medical Center after falling from the third-floor of a Boystown graystone during a  party early this morning.

Officials on scene in the 3500 block of Wilton said the victim is 20 years old . He reportedly suffered major head injuries and slipped into cardiac arrest. Doctors and Chicago Fire Department personnel were able to regain a pulse.

The incident, which was reported shortly before 1AM, was witnessed by a large number of party-goers and the circumstances appear to be accidental. Detectives are investigating and alcohol is believed to be a factor.