At least seven garages in nearby Lakeview were hit by taggers last weekend and NBC5 Chicago is reporting this morning that the same crew—called “Rex Nation” or “RN”—struck again in the Rogers Park and West Ridge neighborhoods this weekend.

Most of the graffiti in our neighborhood consisted of the letters “RN,” the grammatically-incorrect “We Here!” and what appears to be a cartoonish dinosaur. All three of those elements appeared in this weekend’s tags on the far North Side. 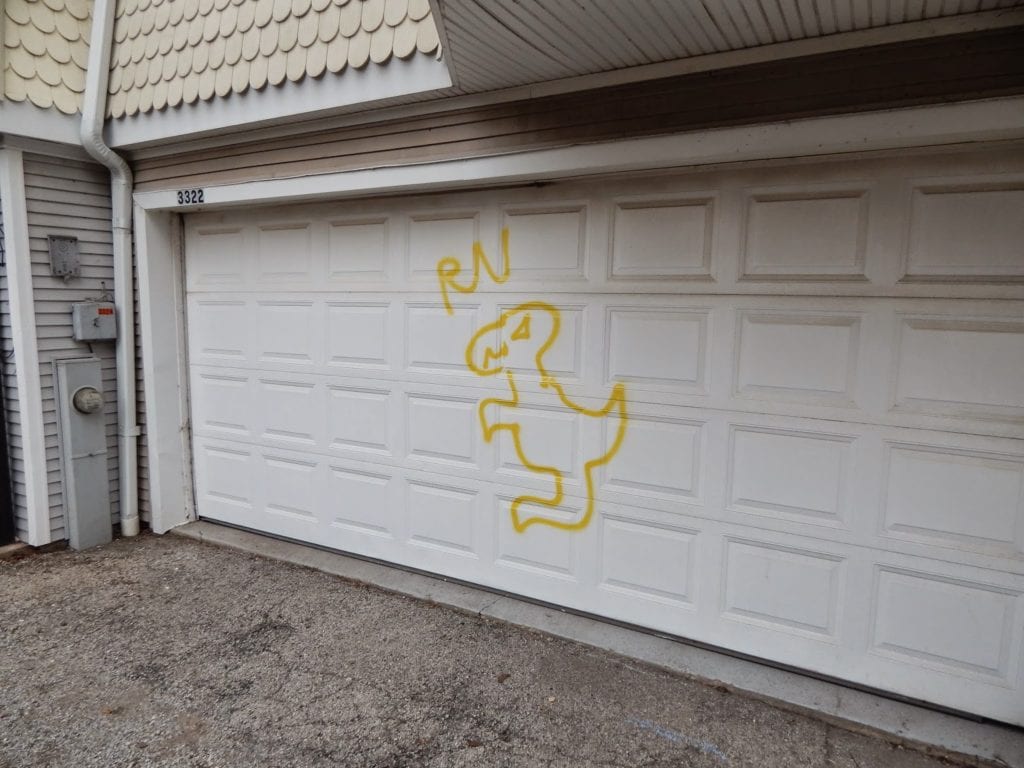 One Lake View garage did have tags representative of the Gangster Disciples street gang, but police we have spoken with believe the gang symbols were made for shock value rather than by individuals with gang intentions.

In this weekend’s Rogers Park damage, the “RN,” “We Here!” and dinosaur tags were accompanied by anti-Semitic phrases.

CWB editors and readers found graffiti on garages in the 1200 blocks of Roscoe and Henderson as well as the 3300 and 3400 blocks of Racine last weekend.

The setting of trash cans on fire in the alley behind 3539 Racine on the night of December 20th may also be the work of the same group.