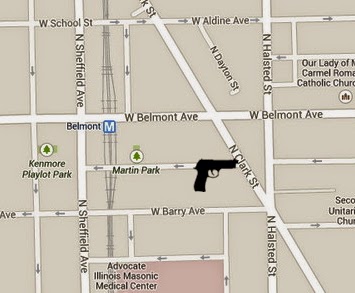 A woman was robbed at gunpoint behind her home in the 800 block of Fletcher Thursday evening and some cops think the same offender tried to rob a woman in Uptown earlier in the afternoon.

In the Fletcher robbery, police say a lone gunman pointed a handgun at the victim in the alley behind her home shortly after 7 o’clock Thursday evening. The woman surrendered her purse and the gunman fled toward Clark Street in Fletcher’s south alley. (Case HX538795)

The offender is described as a black man wearing a red hoodie. He covered his face with scarf.

A couple of hours earlier, around 2:30PM, a gunman pulled a handgun on two people in an alley behind the 4500 block of Dover in Uptown. Police say the robbery fell apart when one of the victims fled. The offender ran away empty-handed. (Case HX538438)

The Uptown suspect is described as a black man, 5’7″ tall, wearing a maroon sweatshirt. He used clothing to cover his face. Based on the similarity in descriptions and the fact that the first robbery failed, officers suspect the same man is responsible for both crimes. 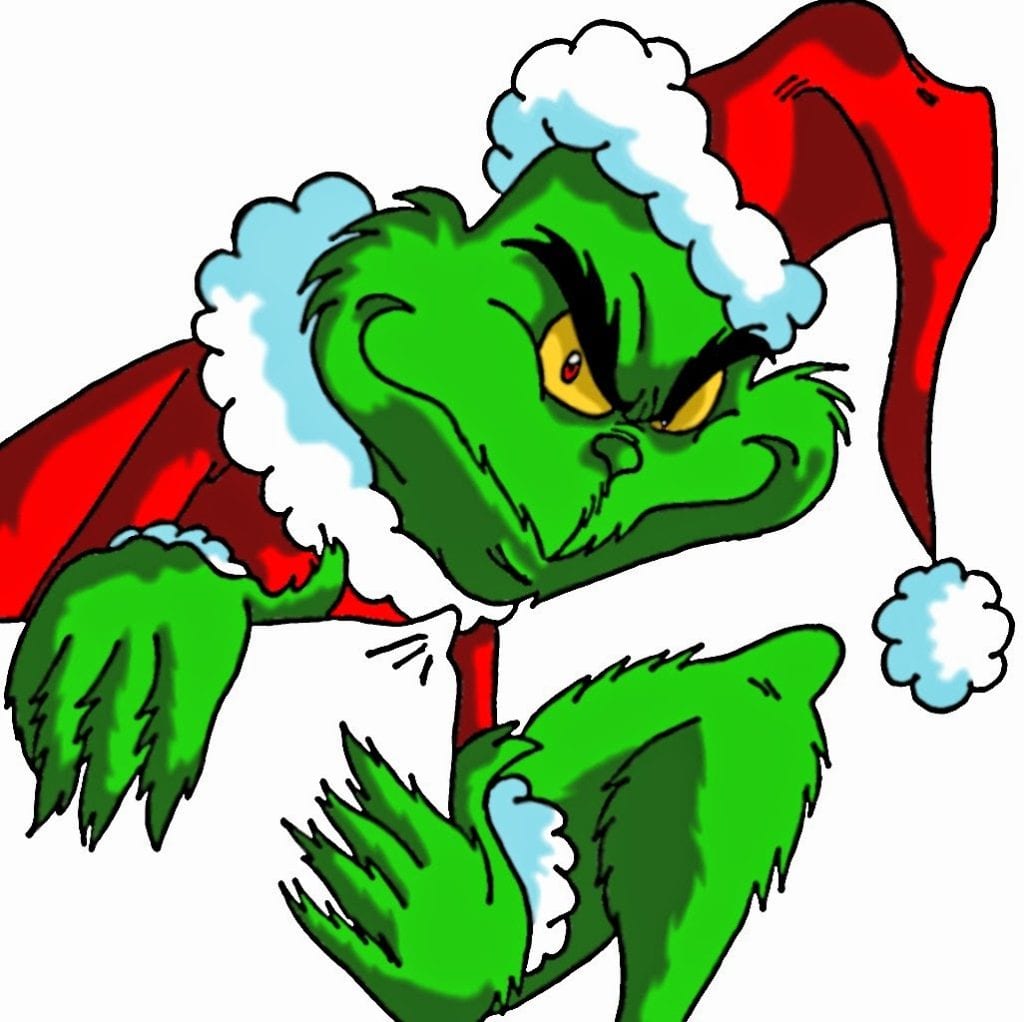 All sorts of snoops and package thieves continue to pop up around the neighborhood, just itching to take your unattended Amazon deliveries:

• Police were called to the 3300 block of Seminary yesterday evening after a 911 caller reported seeing a “suspicious person” steal a package from their neighbor’s home. Police confirmed that a theft occurred, but the suspect slipped away. He is described as a black man in his 20’s with a slim build. He was last seen running northbound on Seminary around 4:40PM.

• Around 5:25PM yesterday, a Boystown resident parked behind her home and scared the daylights out of two men who were apparently trying to break in. Last seen running northbound on Fremont from Cornelia were two black male offenders. The first was “dressed horribly” in a baseball cap, pink coat with green decorations, red pants, and black shoes. His cohort wore a black coat, black jogging pants, and black shoes. Both men had backpacks.

• A forcible entry burglary was confirmed by police Monday in the 3100 block of Racine.

• Around 7:30 Tuesday morning, a man reported seeing packages being stolen from his neighbor’s house in the 1400 block of Melrose. The offenders were described as a Hispanic man and a Hispanic woman “driving around taking packages” in a small, 2-door blue car that sits low to the ground.