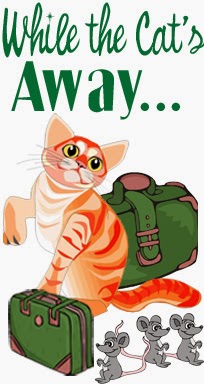 After the TBOX crowd dissipated and the extra security and police coverage went home Sunday morning, the neighborhood’s persistent criminal element moved in to fill the void.

At least two people were robbed, a young man was slashed in the face, and a household was awakened by a 3-man burglary team that had slipped into their home.
Most of the activity took place in Boystown and the infamous “Helmont” strip.

A River North woman was strong-arm robbed near the epicenter of Boystown around 1 o’clock Sunday morning. The offenders battered the woman and took her property near the mouth of of an alley behind Roscoe’s Tavern.
The victim described her attackers as two black men in their early 20’s. One had a thin build and wore all black clothing. They were last seen running westbound in the south alley of Roscoe. (Case HX541503)

A young male victim was slashed in the face near Halsted and Aldine around 3:15 this morning. The victim told police that his face had been slashed by a man with a blade in his hand. The offender was last seen running eastbound on Aldine from Halsted. An ambulance transported the victim to Illinois Masonic Medical Center. (Case HX541564)

Multiple callers reported seeing a victim getting beaten up by two men in what turned out to be an attempted robbery near Addison and Racine at 4:45 Sunday morning.
The offenders did not succeed in getting the victim’s valuables. They were last seen running eastbound in the south alley of Addison.
One of the would-be muggers is described as a black man in his early 20’s who wore a blue hoodie.
Despite one of the early-arriving officer’s inclination to categorize the crime as battery since the offenders didn’t get anything, other offices eventually gave the crime its proper classification: Attempted strong-arm robbery. (Case HX541612)

Residents of a home near Belmont and Clifton were awakened at 5:25AM Sunday by a three-man burglary team that was prowling their apartment. The offenders fled with a laptop after apparently realizing that they had awakened their victims. (Case HX541628)

The late night/early morning hours brought a flurry of additional activity that felt more like a summer night than a December morning. Among reported incidents:
4:41AM – Two men engaged in a fight after one of them tried to steal the other’s cellphone near Berlin nightclub, 954 Belmont.
4:54AM – Man reports that an offender beat his friends up at the Belmont Red Line. While police could not locate the incident, the caller dialed 911 again about 10 minutes later to report that his friend was being treated at Illinois Masonic Medical Center.

5:07AM – A 911 caller reports that a man with dreadlocks is threatening to shoot people as he rides a bike around the area of Belmont and Southport. The caller did not see a weapon.

5:07AM – A prostitute calls 911 to report that they are having a problem with a customer at Belmont and Halsted. The couple is gone when police arrive.
5:23AM – 911 callers report that a man has been “laid out” following a fight at 930 Belmont, the address of Clarke’s diner.
———-
Email us.  Facebook us. Twitter us.
About CWBChicago 4363 Articles
CWBChicago was created in 2013 by five residents of Wrigleyville and Boystown who had grown disheartened with inaccurate information that was being provided at local Community Policing (CAPS) meetings. Our coverage area has expanded since then to cover Lincoln Park, River North, The Loop, Uptown, and other North Side Areas. But our mission remains unchanged: To provide original public safety reporting with better context and greater detail than mainstream media outlets.
Website Facebook Twitter YouTube