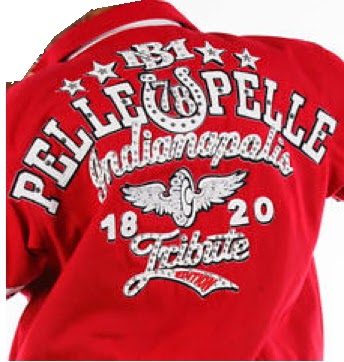 A parolee is sitting in Stateville Correctional Center, awaiting trial in one of our neighborhood’s higher-profile robberies of 2014.

As CWB reported on October 25, a Lakeview woman reported being beaten and robbed that morning by a man who wore a distinctive, $1,000 red Pelle Pelle brand letterman jacket with sequins on its back.

The jacket was so distinctive, the ambulance crew that treated the victim reported seeing the man minutes earlier. And police officers working covert surveillance in Boystown said they saw him, too.

Early the next morning, other officers on patrol near Belmont and Halsted stopped a man matching the robbery offender’s description—right down to the red Pelle Pelle jacket.

McKale Mitchell, 25, wanted for parole violation at the time—and in possession of another man’s wallet, that he told police he “found” at the Belmont Red Line station—was arrested and sent off to Stateville, where he’s finishing a one-year sentence he received last February for resisting a police officer in Will County.

Mitchell is expected to be turned over to the Cook County Sheriff on April 1.

He previously served 7 years in prison for a 2007 armed robbery that took place at Garfield and State, a half-block from his home.