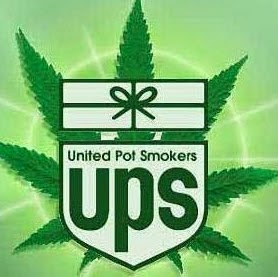 A 25-year-old Wrigleyville man faces serious charges after allegedly receiving nearly 3 pounds of marijuana worth $19,000 via UPS this week.

Prosecutors allege that Brandon M. Combs of the 1100 block of Patterson knew the packages he signed for at 5:30PM Wednesday contained pot. Police raided Combs’ apartment minutes after the UPS truck pulled away.

An additional $2,100 worth of pot, “metal grinders,” and a digital scale were found in Combs’ bedroom, cops say.

Joshua Rodriguez, 25, and Alexander Garcia, 30, of the 2600 block of Burling face a wide range of narcotics and weapons charges after Chicago police and federal agents raided their home near Clark and Diversey on December 19.

Garcia is accused of possessing 64 grams of suspect cocaine worth $645; 10 grams of cannabis worth $60; five grams of ecstasy worth $50; four Xanax pills worth $40; and 618 rounds of ammunition.

Officers also confiscated scales and a safe from the men’s apartment. Police say Garcia is a self-admitted Spanish Gangster Disciple.