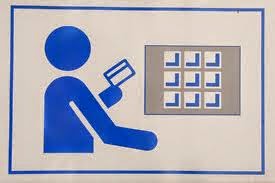 Chicago police are investigating the attempted theft of an entire ATM from a Lake View high-rise overnight. The thieves didn’t get very far.

Officers were called to the Park Place Tower, 655 Irving Park Road, around 6:30 this morning after someone stumbled across the machine, abandoned in a parking garage stairwell.

Police say the machine was heavily damaged in the failed heist and, while there were a substantial number of pry marks, it did not appear that the bandits succeeded in accessing cash. (Case HY140213)

Detectives are trying to determine if the brazen theft attempt is connected to a series of burglaries across the North Side in which safes have been stolen from businesses, including Aldi grocery stores.

What Would Jesus Do? 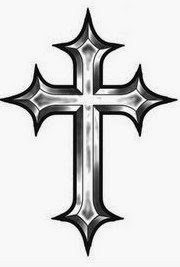 In an unrelated matter, a delivery driver reported being robbed at knifepoint Saturday evening, just a half-block south of the building targeted in the ATM heist.

The victim told police that an assailant with a distinctive tattoo pulled a knife and robbed him as he made a delivery in the 3900 block of Pine Grove around 7:30PM.

His knife-wielding right hand sported a cross-shaped tattoo–and the tips of the cross have points on them.