Two more 7-Eleven stores were robbed at gunpoint overnight, the fourth and fifth times that convenience stores have been robbed by the same men in a week. This morning’s incidents took place in nearby Lincoln Park while the previous three hold-ups targeted Lake View locations.

Police responded to the 7-Eleven at 2710 N. Lincoln around 2:15AM today after the clerk reported that two black men in their 20’s covered their faces with blue scarves and produced at least one handgun to rob the store.

Officers searching the area for the offenders were flagged down by a witness who reported that the 7-Eleven at 1349 W Fullerton had also just been robbed by two gunmen with similar descriptions armed with a silver handgun. One wore a black track suit and other a white tracksuit. 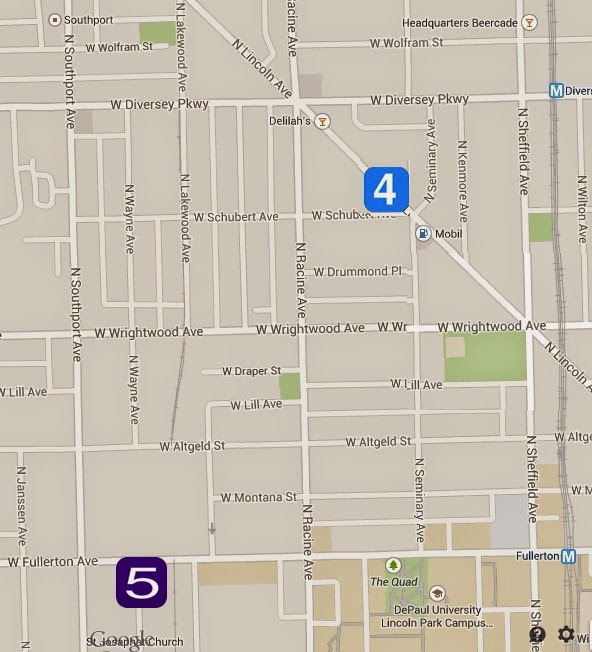 No connection has been drawn between this morning’s robbery on Lincoln and another gun-related incident in the store’s parking lot early Friday.

In that incident, multiple witnesses reported that shots were fired outside the store by black or Hispanic men in a white Dodge Ram or white minivan with tinted windows. No one was hit by the gunfire.

The shots were reported at 1:53AM on Friday. The Clark Street 7-Eleven store was robbed 90 minutes later.