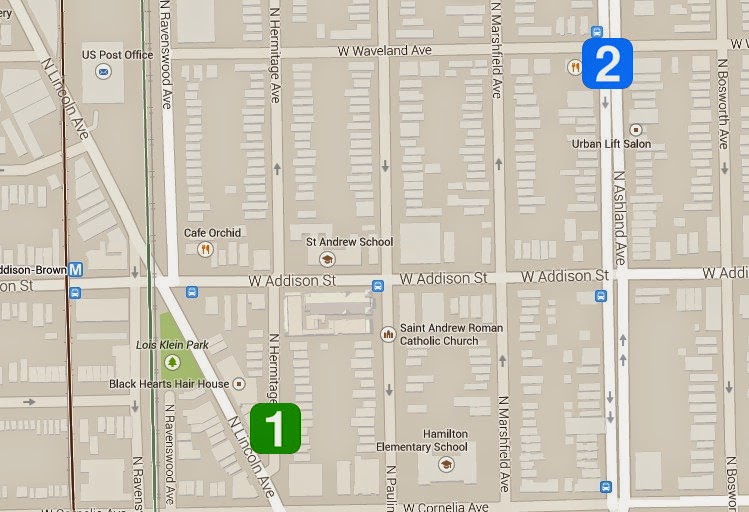 A gunman attempted—but failed—to rob two people in separate Lakeview incidents last night. No one was hurt and no one is in custody.

In the first case, a man ran up to a woman’s car, opened the door, pulled a handgun, and demanded her purse. But the offender—described as “very young”—fled empty handed when the woman screamed. It all took place outside of the woman’s home in the 3500 block of North Hermitage around 11:35PM.

Less than 10 minutes later, a man called 911 to report that a young man had just tried to rob him at gunpoint near Ashland and Waveland. Very little information is available because the victim refused to meet with police.

The Hermitage offender is described as a white or Hispanic male, 16- to 18-years-old with “a little fuzz under his nose.” He was last seen getting into the passenger side of a car which headed south.

In the other case, the offenders were described as two Hispanic males. The gunman wore a dark gray hoodie, jeans, and a Carhartt-style coat. They reportedly fled in a silver or gray Honda Civic.