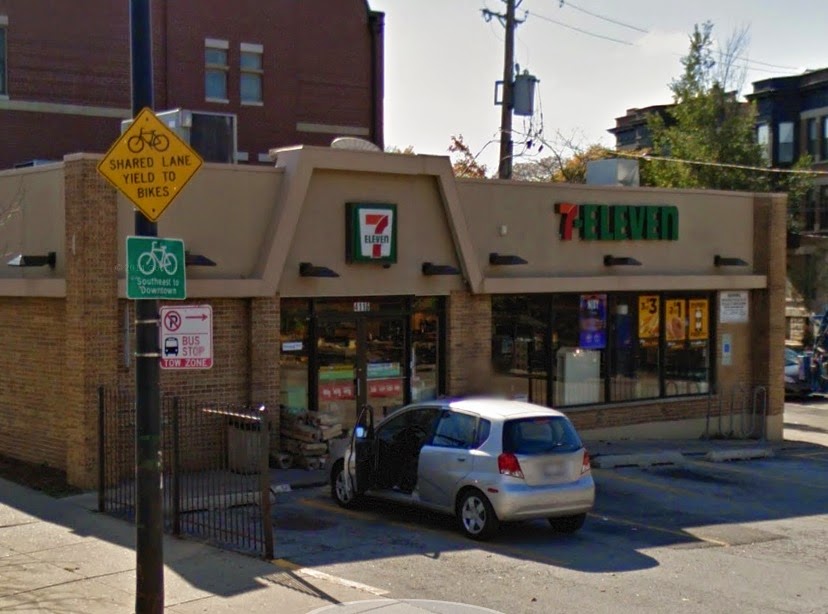 Masked gunmen robbed another area convenience store overnight, the second targeting of a 7-Eleven by similarly-described offenders since last Tuesday.

Two men, both armed with revolvers, walked into the 7-Eleven store at Clark and Southport around 3:30AM and demanded the store’s cash. They were last seen running southbound with the contents of both cash registers.

Witnesses describe the pair as two black men in their early- to mid-20’s, about 5’5” to 5’8” tall, with black scarves covering their faces. One wore a white jacket and the other wore a brown jacket. Both were armed with handguns.

This morning’s incident closely resembles the early morning robbery of a Boystown 7-Eleven on March 11. In that case, two men with “black masks” entered the store at Broadway and Waveland around 3:45AM and demanded cash at gunpoint. The offenders were described as two black men about 5’10” tall. They were last seen heading south on Broadway.

This morning’s robbery is documented in CPD case HY191398