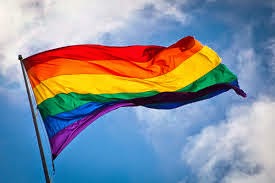 The 2015 Chicago Pride Parade will be held in Boystown, not downtown, according to multiple city sources who spoke with CWB on the condition of anonymity this week. We first reported the development Tuesday morning.

How organizers will address concerns of overcrowding, brawls, medical response difficulties, and persistent post-parade crime remains to be seen.

But sources who spoke with CWB stated unequivocally that virtually every city department involved in the parade, including all emergency services, have expressed their beliefs that the parade should be moved to a more manageable location.

Of course, first responders don’t make that decision. Politicians and the city’s Department of Cultural Affairs and Special Events do.

As CWB reported on March 31, the city’s Office of Emergency Management and Communications cited fears of “terrorism” in denying a Freedom Of Information Act request seeking Pride-related documents. The Chicago Police Department is in violation of state law for failing to respond to a similar request. Both departments’ handling of the document requests are under review by the Illinois Attorney General’s Office.

While those issues play out, CWB has secured hundreds of pages of Pride documents from city sources. While there are many interesting tidbits (yes, the alderman did order Streets & San to re-sweep Belmont in front of his restaurant one year), none seems more important now than a couple of documents with a boring title: “Parade Marshal Plan.”

According to those documents, filed by parade leader Richard Pfeiffer each year with the city, organizers have actually reduced the number of safety marshals and monitors they’ve promised to provide in recent years. That’s despite the fact that the parade has drawn increasingly large record-setting crowds each year.

“…It was really bad, packed, too crowded,” said Val Tompkins. “We couldn’t see it, there were 10 rows of people.”

Tompkins and and Trisha George drove from Coldwater, Mich., to see the parade. They say..some areas were dangerous.

“There were kids getting pushed,” George said.

Things got really bad at Belmont and Halsted in 2011:

On the west side of Halsted, a crowd as thick as a block had been smashed into such a tight space between barricades that some people began to yell for help. Police pulled one woman out of the crowd at approximately 12:05 p.m. because she said she felt light-headed, while another woman screamed that she was having a panic attack from being trapped in the crowd.

Police did not confirm earlier reports that officers were injured in that crowd, despite repeated inquiries from Windy City Times.

Despite attempts by police to hold off crowds, the sheer number of people pushing from behind forced many to jump the fence barricades and stand along the parade route. Police continued to add barricades to create a divide between fence-jumpers and the parade itself, but eventually the crowd overtook the route, and officials with the Office of Emergency Management and Communications re-directed about 50 floats off the scheduled route, south on Clark toward Diversey.

After the dust settled in 2011, Pfeiffer told the Windy City Times that the parade had tripled the number of marshals leading up to 2011 and had “produced 120 marshals for this year’s event.” But Pfeiffer had assured the city that there would be 135 marshals that year to “urge spectators to stay behind the barricades” and to pace the parade. And those 120 marshals didn’t appear to be enough, according to the Times:

One police sergeant, who wished to remain anonymous, said that where she was, there were no parade marshals or officials directing floats as they entered the parade.

Despite the crowding and safety concerns in 2011, the parade inexplicably slashed the number of parade marshals it promised in 2012 to “at least 60.”  And only 60 marshals were promised again as the parade continued to grow in 2013. Information on the parade’s 2014 marshaling plan was not provided to us.

The number of parade monitors—responsible for keeping parade entries moving and orderly—has also been reduced since 2011, according to Pfeiffer’s letters to the city. After promising “at least six hundred fifty monitors” in 2011, the number of monitors promised has been reduced to 450.

Pfeiffer did not responded to an email last week in which we sought more information about the apparent reduction in resources.

Organizers and the city responded to 2011’s crushing crowds by changing the route in 2012, hoping that spectators would spread out.

“We are asking people to come to the beginning of the route [in Uptown]” said parade coordinator Richard Pfeiffer. “Halsted will be busy with the bars. Come to the first few blocks.”

That has not happened as, predictably, people want to watch the parade in Boystown.

During the 2013 parade, observers in a Chicago police helicopter repeatedly warned resources on the ground that overwhelming crowds were about to break through the barricades at Addison and Halsted.

“It’s bulging out. You might be losing it,” the airborne officer said in a recording secured by CWB. The helicopter went on to warn of more potentially dangerous overcrowding along barricades at Roscoe and Halsted.

“You got a problem at Halsted and Aldine. They’re coming in off the side streets,” the pilot says in audio reviewed by CWB “You got at least 100 people smashed in that area and they’re still coming.”

That crowd eventually swelled and crushed a Chicago police squad car. “Every [CTA] train brings another 100 people” to the Belmont station, the helicopter crew reported.

What Can Ya Do?

Sources within Chicago’s emergency services who’ve spoken with us about the parade are hardly surprised by the decision to ignore pleas to move the parade.

“What can ya do?” one source shrugged. “We can only do so much.”