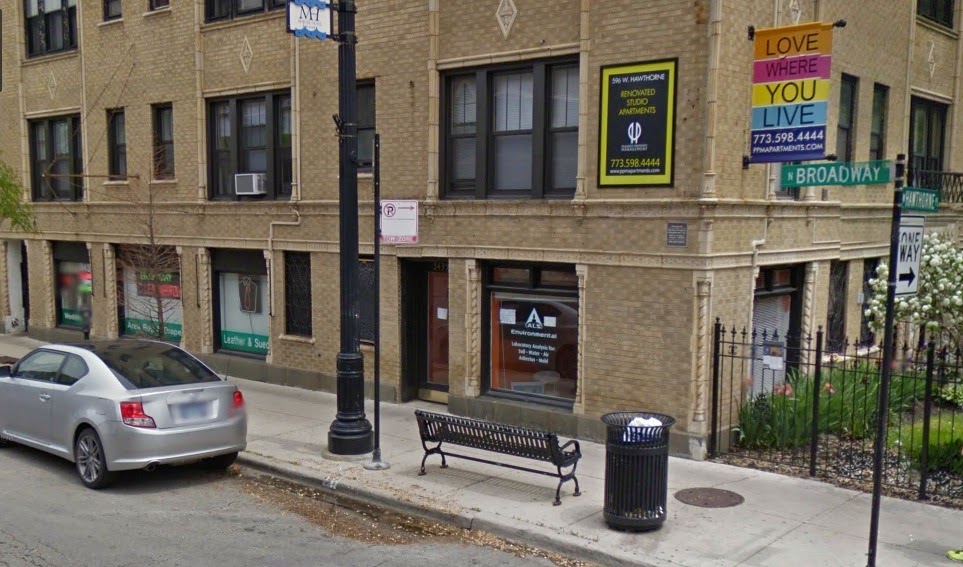 UPDATE MAY 18 6:53PM—WGN-TV is picking up the story.
———
A warm Saturday night dog walk took a terrible turn in Boystown last night when a pit bull attacked and killed two other dogs in the 3400 block of Broadway. No humans were injured.

The pit bull was on a walk with a relative of its owners when it suddenly turned on two smaller dogs across from the Best Western Hawthorne Terrace around 9:10PM.

Image: Google Street View
———-
Email us. Facebook us. Twitter us.
About CWBChicago 4360 Articles
CWBChicago was created in 2013 by five residents of Wrigleyville and Boystown who had grown disheartened with inaccurate information that was being provided at local Community Policing (CAPS) meetings. Our coverage area has expanded since then to cover Lincoln Park, River North, The Loop, Uptown, and other North Side Areas. But our mission remains unchanged: To provide original public safety reporting with better context and greater detail than mainstream media outlets.
Website Facebook Twitter YouTube