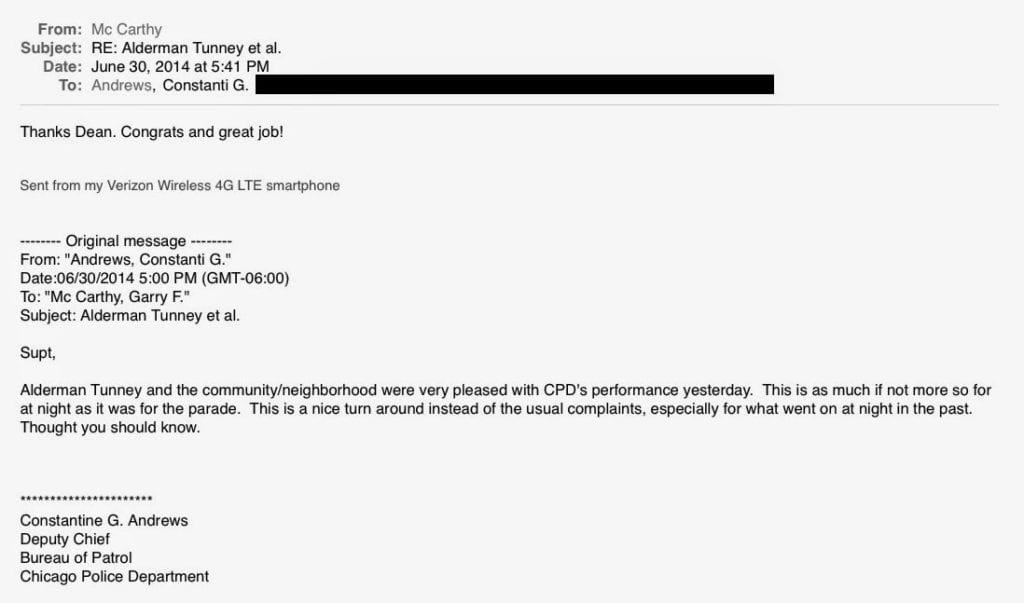 Newly-acquired emails raise questions about local Alderman Tom Tunney’s true feelings about the troubled Chicago Pride Parade. And other city filings show that parade organizers submitted their plan to have the 2015 parade in Boystown nearly six months ago—with absolutely no changes from the 2014 event—even as local politicians continued to claim that they were thinking about relocating the event.

One week after CWB exclusively reported last month that the 2015 Chicago Pride Parade would remain in Boystown despite talk of moving the growing event downtown, Tunney issued a joint statement with other city offices:

If there is not a serious improvement in the parade’s impact on surrounding residents’ quality of life this year, the next step is to assemble an advisory group to make recommendations for moving the parade out of the Lakeview community.

WBBM radio talked to Tunney on the morning after last year’s parade as the alderman stood in the street, shoveling trash left over from the previous day. He told them that he was open to the idea of moving the parade downtown.

We hear from our residents that they don’t feel safe in their neighborhood – that there is too much… alcohol and partying all night long.

But hours after Tunney made that comment about people feeling unsafe in their own neighborhood and all night “partying,” an email was exchanged at the highest levels of the Chicago Police Department in which “Tunney and the community/neighborhood” were said to be “very pleased” with 2014’s event.

“This is as much if not more so for at night as it was for the parade [itself],” Deputy Chief Constantine “Dean” Andrews wrote, calling last year’s parade “a nice turn around instead of the usual complaints, especially for what went on at night in the past.”

Chicago police report that 46 Pride-related arrests were made last year. That is exactly the same number as in 2013. 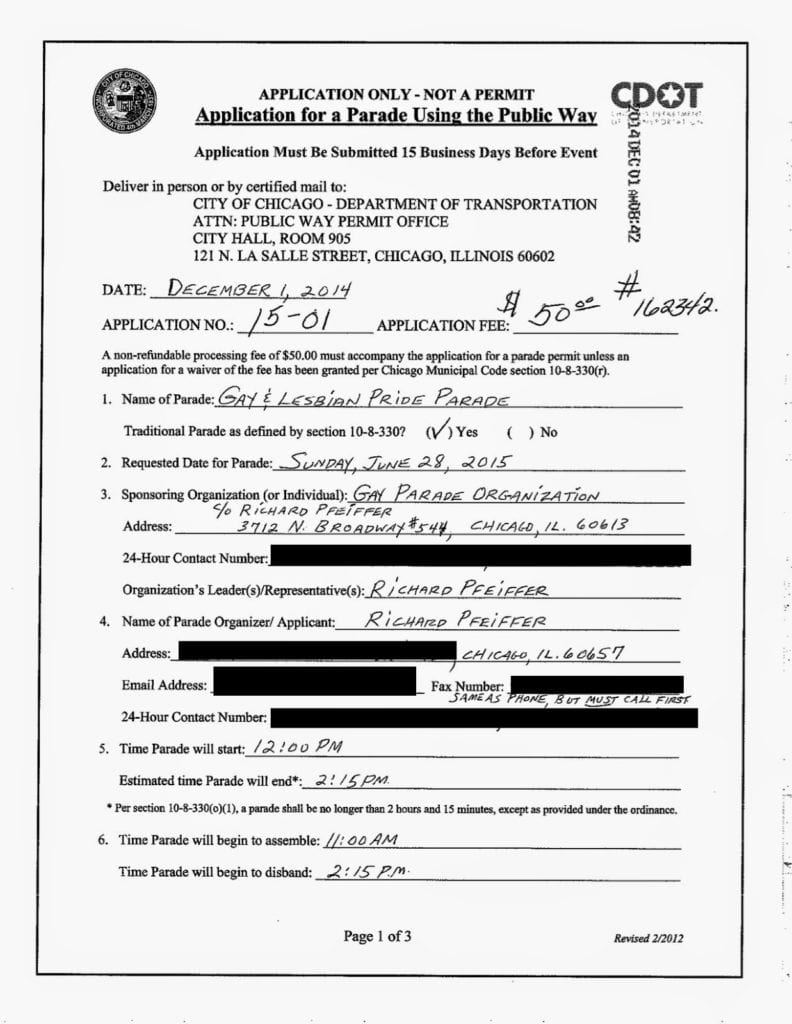 Conceding nothing to the concerned community in his filing, Pfeiffer’s 2015 parade permit application is identical to his 2014 plan.

The 2015 application seeks to keep everything—including the route, the start time, the number of participants, the number of motorized vehicles—everything exactly as it was last year.

City workers, local aldermen, and Pfeiffer are scheduled to meet at 2 o’clock this afternoon to continue planning the 2015 event.