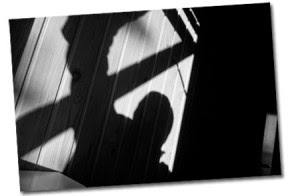 The victim told police that she woke up just before 5 o’clock this morning and discovered an unknown man in her living room in the 800 block of Lill. The intruder, who had entered through the back, ran out of the woman’s front door upon being discovered.

Nothing was taken in the incident, which will not be recorded in Chicago police department crime statistics because the victim did not file a report.

The intruder was only described as being a man in a blue hoodie.

Other burglaries to report:

A map of all burglaries reported in the 19th district over the past two weeks can be found here.
Image: Michelle Sigona
———-
Email us. Facebook us. Twitter us.
About CWBChicago 4360 Articles
CWBChicago was created in 2013 by five residents of Wrigleyville and Boystown who had grown disheartened with inaccurate information that was being provided at local Community Policing (CAPS) meetings. Our coverage area has expanded since then to cover Lincoln Park, River North, The Loop, Uptown, and other North Side Areas. But our mission remains unchanged: To provide original public safety reporting with better context and greater detail than mainstream media outlets.
Website Facebook Twitter YouTube