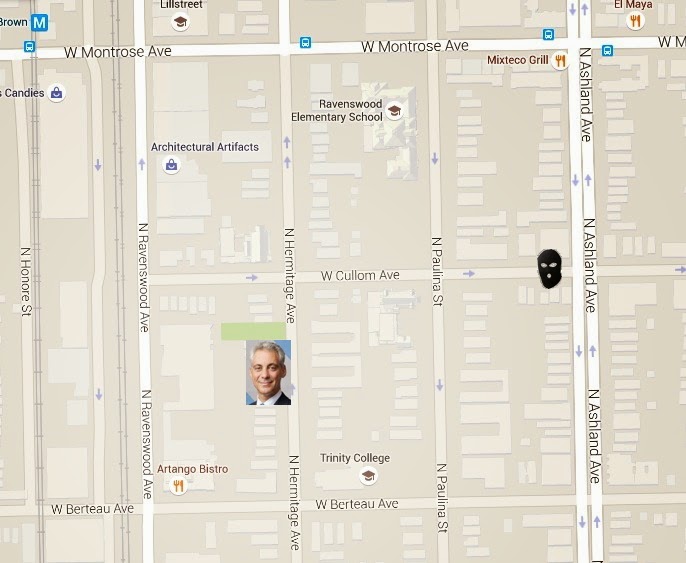 UPDATE MAY 22 12:11AM— The victim in this case has contacted CWB. She states that the offender was 5’9″ tall and about 170 pounds. The description we provided below was based on the reporting officers’ description of the offender.
————————–
A 28-year-old Lake View woman was targeted in an attempted robbery less than two blocks from Mayor Rahm Emanuel’s home overnight.

The victim was near her home when the offender tried to mug her near the corner of Ashland and Cullom at 2:40AM. She told police that the attacker fled without getting any of her possessions.

Of course, we know that you are deeply concerned about the mayor’s safety during all of this. Fear not, neighbors. The Emanuel home remained fully protected by three police units and a sergeant during the incident.