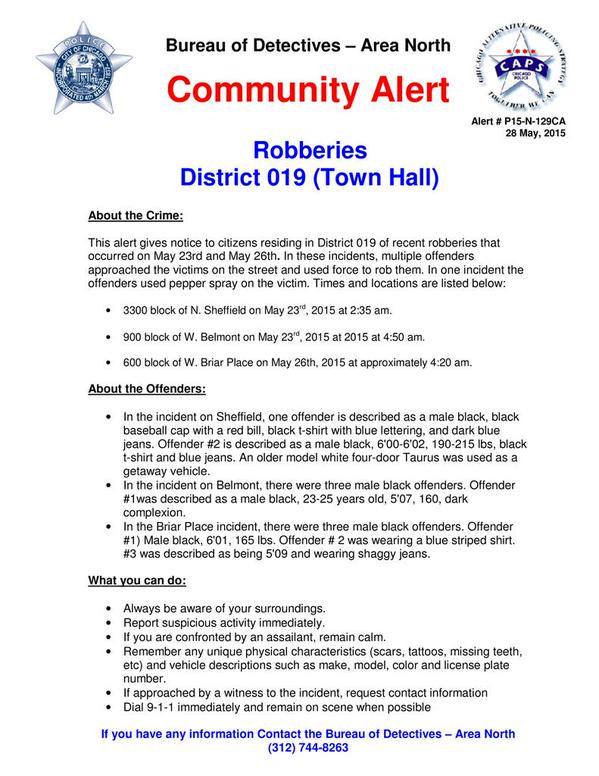 Hospitalized with injuries suffered during an attempted robbery overnight, a man who remains at Illinois Masonic Medical Center at this hour will suffer a second disgrace.

The Chicago Police Department, despite fully understanding that his injuries were suffered in an attempted robbery, has categorized the crime against him as a simple battery—the same crime category as being slapped on the ass.

Officers who responded to calls of a man in need of medical services at Sheffield and School shortly before 2 o’clock this morning found the victim and announced that the man had been jumped by four men who demanded phones and wallets from him and his companion.

No valuables were reportedly taken in the incident and officers accompanied the primary victim to Illinois Masonic Medical Center where they decided to forget about the whole “demanded phones and wallets” part in order to categorize this crime as a lowly case of being beat up.

Ah yes. The old game of downgrading crimes in order to make the statistics look better.

That’s too bad, especially since the department just released an alert to warn residents of crimes EXACTLY like this one occurring less than a BLOCK from where this one happened.

The police alert, which lists crimes we told you about as they happened (HERE and HERE), is shown on this page.

A new police commander was assigned to our district this month, so we suppose that means we have to deal with the old school CPD tricks of manipulating crime statistics. Lame, man. Lame.