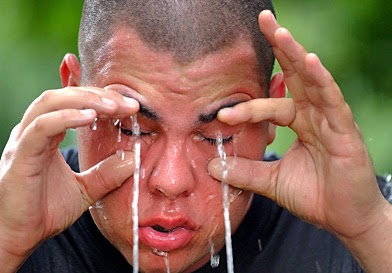 Two men reported being pepper sprayed by groups of offenders in separate incidents along Broadway early today. At least one of the victims was also robbed.

Around 4:20AM, a 24-year-old man told police that a group of three offenders robbed him of $250 and then sprayed him with a chemical agent near Broadway and Briar. The three offenders were last seen running eastbound in the north alley of Briar.

The three attackers were described as:

Earlier, around 12:15AM, a victim reported that three men got out of a car and pepper sprayed him at Broadway and Roscoe, about 4 blocks north of the robbery scene. The man told 911 operators that he would go to the police station later today to file a report. It is not clear if he was also robbed.

The Roscoe attackers were described as two men of unknown race and one man of Indian descent.