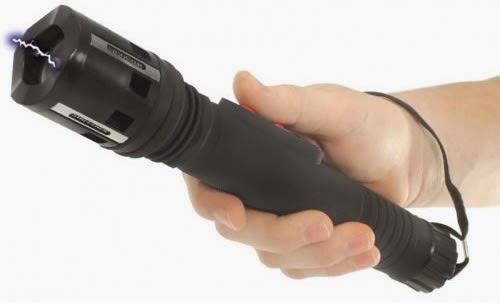 A woman who refused to talk to a stranger on the street found herself on the wrong end of that man’s stun gun early Wednesday morning. The suspect is in custody.

The victim told police that a man followed her and tried to strike up a conversation on Sheffield just north of Diversey shortly after 2 o’clock this morning. When she declined to engage the man, he took out a stun gun-equipped flashlight and zapped her.

Police searched the area for the suspect—described as a black man wearing a wool coat with an American flag on its left arm—and soon found him at the Diversey Brown Line station.