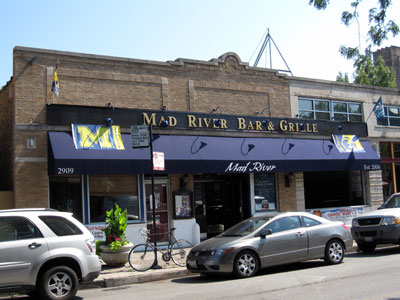 A Lake View bar-goer was beaten and robbed of his phone this morning less than 100 yards from the spot where another Lake View man was shot and killed during a similar robbery just two weeks ago.

This morning’s victim called police from Mad River bar, 2909 N. Sheffield, at 2:55AM. According to the victim, an unknown man approached him, punched him in the face, took his iPhone 6, and fled northbound on Sheffield.

The offender is described as a black man in his 20’s between 5’10” and 6-feet tall wearing a blue shirt.

Two weeks ago, at 2:06AM on May 30, Lake View resident Kevin O’Malley, 25, was shot and killed at 942 Oakdale by a man who had stolen his phone on Sheffield.

Kristopher Pitts, 22, is charged with murder and robbery in the O’Malley case.

Despite post-murder assurances from police executives and local politicians that patrols would be increased in area entertainment strips, the 19th district’s police “entertainment detail” had last night off.

A Lake View woman asked a passer-by to summon police to the 1100 block of Oakdale this morning after a man followed her down the street and grabbed her from behind as she attempted to enter her home.

The incident unfolded at 3:30 this morning, just over a block from the earlier robbery.

The victim said she screamed when the man grabbed her, prompting the attacker to flee and jump into a car that was waiting nearby.

According to the victim, the attacker was a white or Hispanic man in his mid-20’s wearing a white tee shirt and jeans. He fled westbound on Oakdale in a beige or champagne-colored Honda or Toyota that was driven by another person. 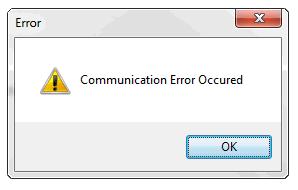 On June 7, one week after O’Malley was shot dead in a cell phone robbery, 44th Ward Alderman Tom Tunney emailed his constituents:

I have written a letter asking for a deployment operation like the CPD’s overtime violence-reduction initiative to be assigned to our community every weekend on the overnight shift to supplement our 19th District Officers.

I have also asked to have a permanent Mass Transit Police Detail assigned to the Belmont  CTA station every weekend from 10:00pm-5:00am for the safety of our residents and visitors.

Additionally, our entertainment detail will also be assigned on Sheffield from Diversey to Belmont.

Yet, less than a week later, the “Entertainment Detail” had Saturday night off—even though the Cubs were at Wrigley at night and the Blackhawks played in game 5 of the Stanley Cup finals. And a man was punched and robbed of his cellphone in virtually the same place as O’Malley.

It seems like someone at the police department isn’t getting the message.

Mad River Image: Chicago Bar Project
———-
Email us.  Facebook us. Twitter us.
About CWBChicago 4360 Articles
CWBChicago was created in 2013 by five residents of Wrigleyville and Boystown who had grown disheartened with inaccurate information that was being provided at local Community Policing (CAPS) meetings. Our coverage area has expanded since then to cover Lincoln Park, River North, The Loop, Uptown, and other North Side Areas. But our mission remains unchanged: To provide original public safety reporting with better context and greater detail than mainstream media outlets.
Website Facebook Twitter YouTube