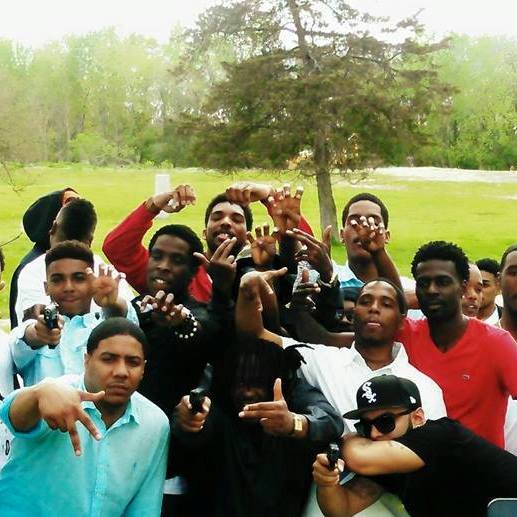 A couple of days before 20-year-old North Side rapper Shaquon “Young Pappy” Thomas was shot to death on an Uptown street last week, cops saw Thomas and several other bangers hanging out on CHA property in the 4400 block of Racine.

Knowing that the crew didn’t live at the facility, officers attempted to conduct a field interview. But Thomas wasn’t having it.

“Fuck that,” Thomas said before running into the complex with his buddies.

When the cops ran into the building after them, the officers came across a friend of Young Pappy who is also banned from the CHA complex.

It was none other than Phillip Payne, the 18-year-old who pleaded guilty to robbing Chicago Mayor Rahm Emanuel’s son last year.

Payne was arrested for trespassing—child’s play compared to the Class X felony charge of manufacturing/delivering cocaine on CHA property that he is facing after being arrested on Easter Sunday.

“Not A Violent Person”

When Payne received probation for mugging Emanuel’s son, the sentencing judge told him, “You are capable of doing well in your life,” adding later, “Phillip is not a violent person.”

Maybe. But violence seems to be very close by. (That’s his recent Facebook cover pic you’re looking at above. Can you spot non-violent Phillip? Hint: His finger is on a trigger.)

Young Pappy was the second person in Payne’s circle to be gunned down in Uptown this spring. Payne’s brother, Boshaun Jackson, was shot dead on April 30.