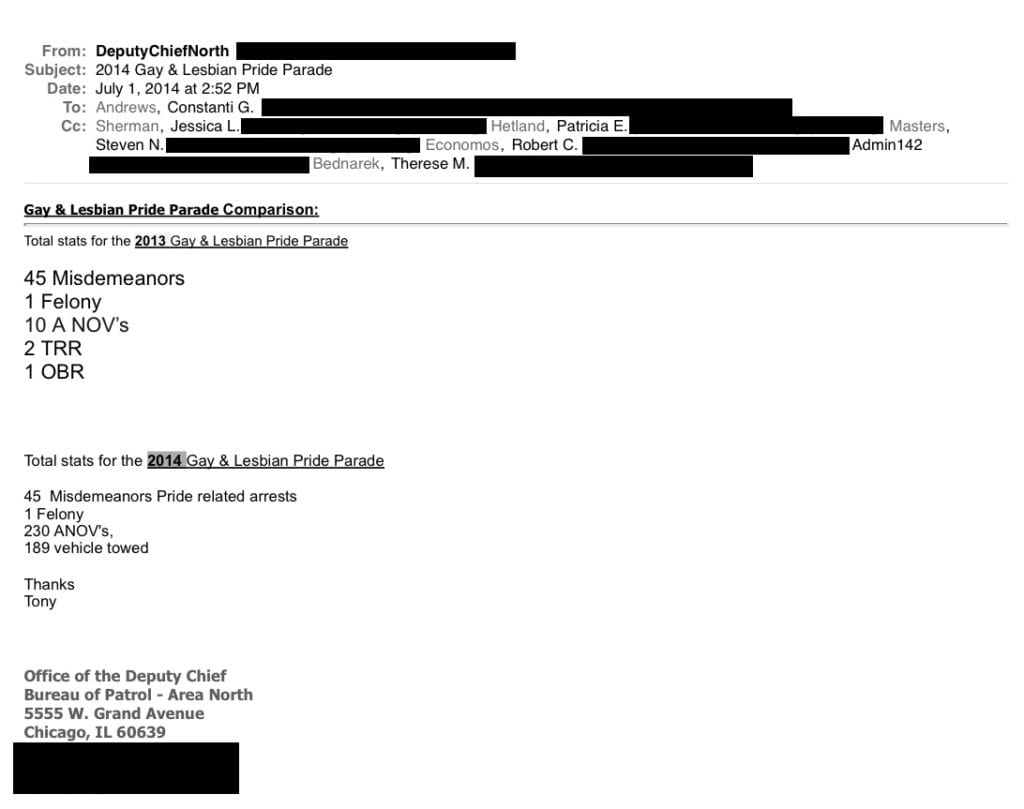 As the 2015 Chicago Pride Parade approaches, many media outlets continue to publish incorrect information about the number of Pride-related arrests that have been made in recent years.

“A handful” or “eight” arrests or “minimal” arrests.

So, just for the record,  here’s a Chicago Police Department memo that lays out the real numbers.